This is the first time I’ve ever tried to organize a fly in and I have to say, I didn’t do half bad. I have a couple of friends who own a ranch with an airstrip on it; Jack and Myrna Moyle.

Jack doesn’t fly anymore but he loves to see airplanes use his strip. So I put the word out on Backcountrypilot.org that we would be having the First Annual Red Hills Fly In. First of what I hope will be many. Here is the write-up I did for backcountrypilot.org. The names below are members of that website.

I headed out to Oakdale (O27) to have breakfast with EAA Chapter 90. Around 10am or so I packed up the plane and flew the 15 minutes it takes me to get up to Red Hills. Rfinkle and Hawk were already there. They were a little put out that I didn’t announce on the frequency we published for the fly in because they wanted to video my landing. Unfortunately I had forgotten my phone where I keep everything I know so I had forgotten the frequency. My plane is too quiet so they didn’t hear me coming until I was on final. Luckily I made a good landing since everyone was watching. 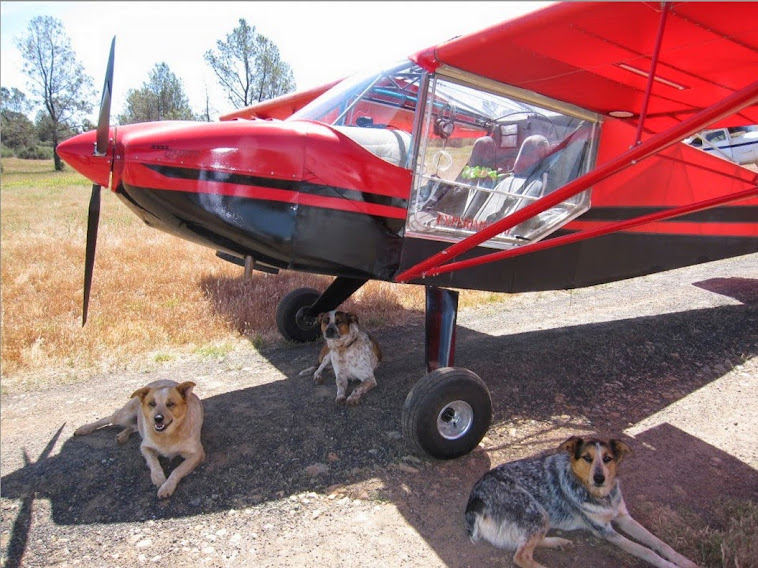 I taxied up the gravel road and had help pushing my plane back into the weeds out of the way. Then it was time to head up to the center of all activities at Red Hills, Ed and Myrna’s back porch. We hung out until Blackwater and his wife landed in his 170. Followed shortly after by Chris in his 150. After getting the 170 and the 150 parked we all headed back up to the back porch and had coffee, chips, cookies, soda, beer, and some of Myrna’s deviled eggs and some brownies she baked. We hung out on the port talking and listening to Jack tell stories for a couple hours and then Joey showed up around 4pm or so. We all probably should have been out flying but it was so much fun just sitting on the porch shooting the breeze.

We all took time to get our campsites settled in the soft green grass under the trees around Jack’s house. It really is like an oasis there among the sagebrush and bull pines. The grass was so soft you really didn’t need an air mattress. We walked around for a while, and then started to make dinner. There were burgers, kabobs, chicken, and some delicious pot roast. Blackwater’s wife Julie brought some wine she made and it was DELICIOUS! I’m not a wine drinker so that’s saying something. Chris shared some liqueur that I forget the name of but it tasted like caramel with a hint of brandy. We all sat around and talked until it got chilly and then we all turned in.
Chris slept under the stars with no tent and got several visits from one dog or another during the night who want to share his sleeping bag. Rfinkle’s left over pot roast was liberated by one of the other dogs. (These dogs are a friendly bunch and WILL be your welcoming party when you land.) They also did a good job of letting the coyotes in the distance and the quail in the bushes know that they were not welcome in our camp. They did their job… all… night… long.

I still got a really good nights’ sleep.

The next morning we built a fire and huddled around it while Myna cooked everyone pancakes. As we ate breakfast we debated on where to go that morning but the wind started picking up. Many of the local strips and flying attractions had to be crossed off the list due to the breezy conditions. Joey headed off to visit a couple strips on his way home, I headed off to Oakdale, and a couple planes were going to see what conditions were like up at Columbia. 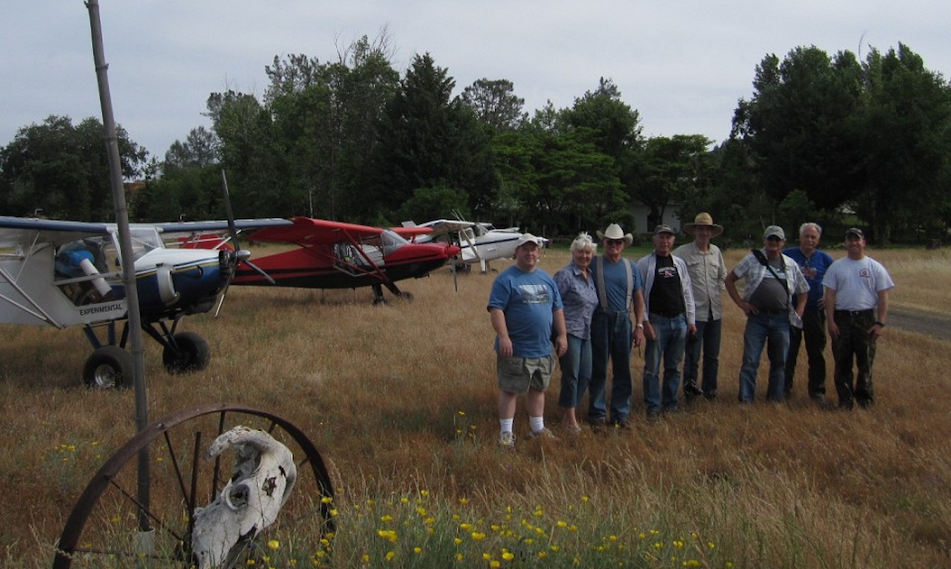 You will not find more gracious hosts than Jack and Myrna Moyle. Myrna (whom Jack calls Suzy) just could not sit still. If she wasn’t cooking us something, she simply wasn’t content. I think she sat down maybe three or four times. She really made the flyin a comfortable and well-fed experience.