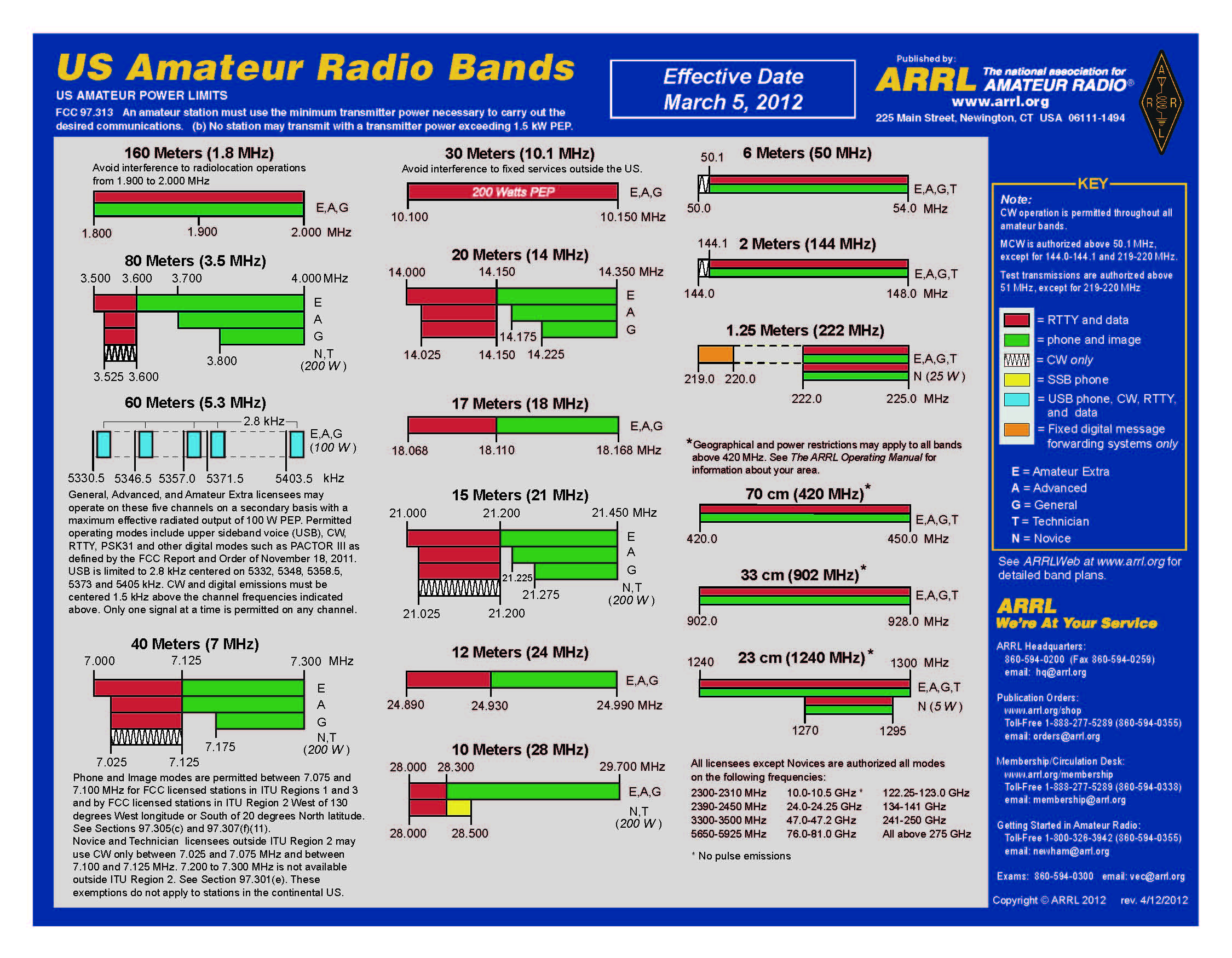 For the first time in four years I flew a fixed wing aircraft solo today.  I took my biennial flight review and got checked out in Oakdale Aero Club’s Cessna 152.  This morning I took it out solo.  It was a beautiful morning.  There were still some clouds around from yesterday’s storms.  It made for a beautiful sunrise, golden skies not red.  A good sign.

I got the airplane ready to go, performed my run-up, radioed my intentions, and back-taxied to runway 28 at Oakdale.  They are doing construction on the airport and all the taxiways are closed so we have to taxi down the middle of the runway to takeoff.  This is called back-taxiing.  I lined up on the runway, radioed once more and took off.  I departed left downwind and flew towards the Sierra foothills.

I flew eastward until I reached the hills on the west side of Salt Spring Valley and then turned north.  I knew that the morning Ham radio net was going so I pulled out my HT (handheld transceiver) and tuned into the SARA repeater.  As today is Memorial Day it was a smaller group of folks on the net and wouldn’t be going as long as the regular weekday net.  So when I heard a pause I keyed my radio and said “BREAK”.   Net control told me to go ahead and I checked in, “This is N6SVA, aeronautical”.  That’s a fun thing for Ham folks.  They love talking to Ham operators that are in out of the ordinary situations.  A Ham operator flying an airplane qualifies.  So checking in to the morning net was a fun thing for me too.  I checked in a couple of times telling them what the weather looked liked, where I was, my altitude, stuff like that.  They loved it and I thought it was fun too.

After the net ended I turned my HT off and just enjoyed flying around a bit.  I thought it would be fun to fly over to New Jerusalem where I had flown my powered parachute and powered paraglider so much.  It felt odd approaching the field from 2500 feet MSL as I hadn’t flown over 500 feet above the ground in four years!   I had a little difficulty finding the field because it had been so long since I had seen the field from that height.  I finally found the field and entered the pattern on a left crosswind.  I flew the pattern and made a landing that… well… let’s just say I’m a little rusty.  No metal was bent, no wheels popped, and the airplane will live to fly another day but it wasn’t one of my trademark smooth landings.

I taxied back and took off and headed back to Oakdale.  Happily my landing at Oakdale was MUCH better.  I taxied over to the fuel pump and topped the tanks off for the next guy.  All in all it was a wonderful morning but I can see that I need to get out on a few more wonderful mornings and knock this rust off.

It’s been somewhat breezy in California’s vast Central Valley this past week but the winds died down this past Sunday evening and I took advantage.  I loaded up my powered parachute and high-tailed it out to New Jerusalem Airport.  I got off the ground at about 6pm.  The winds near the ground were mildly rowdy, and I mean mildly.  As I climbed up through 300 feet MSL ( above mean sea level), the air became silky and warm.

I brought along my Icom VX-6R Ham radio HT (handi-talkie) to try to make an aeronautical contact.  I was circling the field and called out on the SARA repeater frequency.  I got an immediate call back from KM6MHT.  A gentleman by the name of Mike whom I talk to on the radio every now and again on my commute home.  He said I was pretty scratchy but readable but since we both heard each other we can log it.  Since the radio was so heard to hear I decided to just put it away and enjoy the evening flight.

I flew around the New Jerusalem area (just southeast of Tracy, California) and enjoyed the sunset.  The air was perfect, there was no traffic, it was so peaceful.  I shot three landings for practice and then decided to put my PPC away before it got dark.  It was then that I found the only flaw in my day… the mosquitoes!  I put my PPC away in record time and jumped into my pickup truck to escape the onslaught.  It was a perfect end to the weekend. 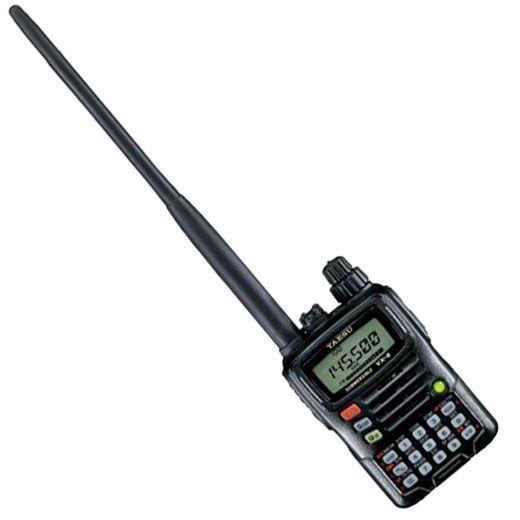 For quite some time I’ve been trying to join up my hobbies of aviation and Ham radio.  Every time I tried to call someone they either didn’t respond or if they did they said I was unreadable.  Well, today I figured out there was a 9 volt battery in my headset that has been there probably since the thing was made.  I changed out the battery yesterday and tried it with my Yaesu VX-6 today.  I unloaded my powered parachute and warmed up the engine.  While it was warming up I tried to make contact with any station from the ground using my headset.  I stood at a good distance from the running powered parachute to minimize both ambient and electrical noise.  I got a call back saying that I was loud and clear!  So my next step was to sit in the seat with the engine running and make another call.  I shut my engine off and rolled the craft onto the runway and got it all set up.  I sat down, strapped in, fired up the engine and made another call as N6SVA-AERONAUTICAL.  The local hams knew what was up by now so I got a couple of call backs all of which said I was perfectly readable even with my engine running.  Next step, pour the coals to my powered parachute and get it up in the air!

I climbed up to only about 100 feet or so and made another call.  This time appending AERONAUTICAL to my callsign. The first ham operator to respond was Gary from Manteca, WA6UXA.  He said he could definitely hear my engine but I was completely understandable.  Success!  I thanked him for the reply and then got my second aeronautical contact from Roy, KK6OQP.  It was actually quite thermally so I went ahead and landed counting my morning as completely successful.  Then I got another call from a gentleman in Sacramento trying to make an aeronautical contact.  He was a little crestfallen when he found out I was back on the ground already.  Well, this was just a test after all.

My next goal is to try to be airborne for the next Parachute Mobile event.  I’ll be calling a ham operator who has jumped out of a plane and is descending in a parachute while I’m ASCENDING in a powered parachute!  Nerdy aviation, I love it!

I drove out to New Jerusalem this morning on a mission to attempt to make contact on my ham radio with another ham.  He was to be coming down in his parachute while I was going up in mine.  Sadly it didn’t work out that way.  My radio was unreadable… AGAIN.  So I contented myself with merely enjoying the beautiful scenery.

After all the storms today was just stunning.  It was a perfect Spring day.  I could smell the almond blossoms and alfalfa from 400 feet up.  I’m afraid I’m going to have to do this all over again tomorrow.

More info about parachute mobile is available on their website:

On my morning drive in to work I usually tune in and listen to the SARA (Stanaslaus Amateur Radio Association) Morning Traffic and Information Net on my HAM radio.  A net is when a group of HAMs get together on the radio and take turns speaking to each other.  This net is used to talk about the weather we can expect that day and any traffic information for the commuters.  Otherwise people just talk about what they are going to do for the day, their Aunt Edna, or whatever.  I check in every now and then but mostly just listen.

This week I decided to check in from my powered paraglider.  HAM radio operators get a thrill out of new or unusual contacts (contact with someone via radio).   So here is a short video of that flight.  I added my usual artistic flair by adding some music to make it less boring.  Enjoy!