Since Snoopy’s brother wasn’t at home, for our day in Needles we decided to visit London Bridge over in Lake Havasu City.   Yes, THAT London Bridge.  For those who don’t know the bridge you’ve sung about in kindergarten is down in Lake Havasu.  I’ve always wanted to see it so off we went.

London Bridge is falling down… 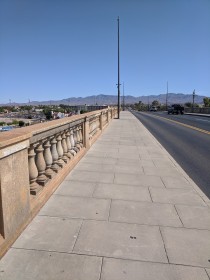 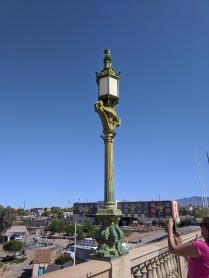 Actually it looks very sturdy.  As we were first walking up to the bridge we saw a couple taking selfie next to the bridge’s placard.  They offhandedly remarked as they walked by, “We had to come all the way from England to see our own bloody bridge!”  Yes it was a couple from London who were visiting and stopped by to see “their” bridge.  I told them if they liked it so much they shouldn’t have sold it to us, in a nice, jovial way of course.  We chatted for a few minutes and they were on their way.

Take the key and lock her up…

We strolled on the river walk for a while and then had a sno-cone.  A sno-cup really.  Then went for lunch and some grocery shopping before returning to the RV park.  That was enough for one day.  There was still a nap to take!

Tomorrow, a short travel day to Williams and the Grand Canyon Railway. 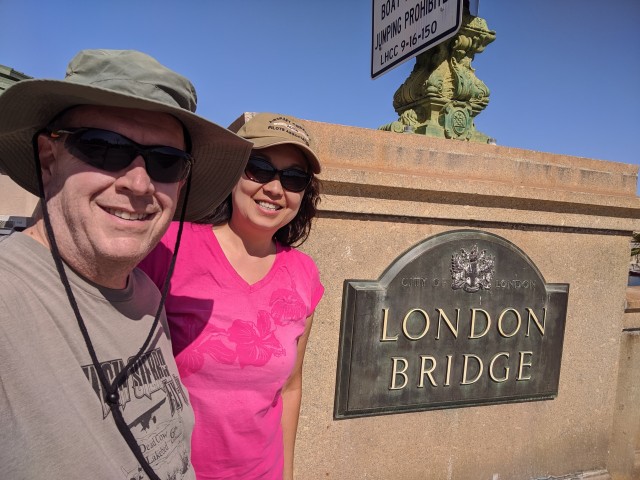