This past weekend we decided we needed to get away in the RV.  We’ve been planning on doing this for a couple of months now but things kept coming up and preventing our planned trips.  This weekend there was nothing to stop us so  planned a trip to Ponderosa RV Park.  Ponderosa is part of the Thousand Trails resort chain.  This was to be our first trip to a Thousand Trails park so we didn’t quite know what to expect.  We’d always heard mixed reviews.  Late last year I bought a camping pass from Thousand Trails which is good for a year.  This means I can stay in any of their parks in this region for free for up to 14 days.   You can bet we’re going to stay in a lot of Thousand Trails parks this year! (That’s what I thought when I got there.) 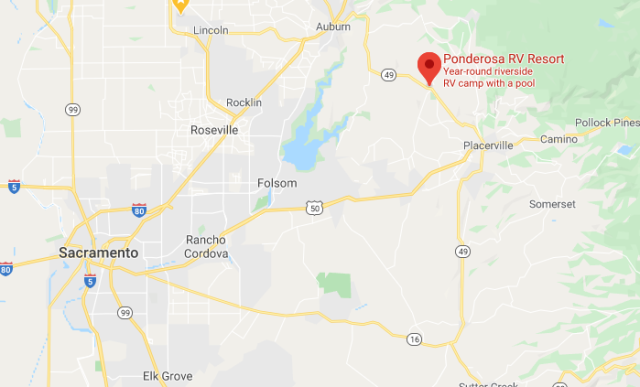 The drive up to Ponderosa was a little exciting.  I wanted to take mostly back roads and avoid the freeways.  This was a mixed bag.  Most of the backroads were nice but a few got VERY narrow lending some excitement and adventure to the trip.  I ave to admit I’m not a fan of excitement or adventure while towing a trailer.  But we finally arrived (after missing the turn and having to turn around). Check-in was pretty easy.  I showed the gate attendant my membership card and she checked for my reservation.  Gave me my paperwork and sent us on into the park.  She was friendly enough but only JUST friendly enough.  She seemed mostly bored.  Not like the super-friendly welcome we have received at other RV resorts. 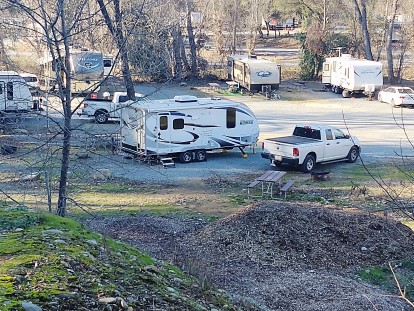 Then the great hunt began.  You see, Thousand Trails does not assign you a camping spot.  You have to drive around and find one.  We drove the entire park (not that it was very big) and finally circled back to a spot we had driven past earlier.  It was in a small cul de sac and had no neighbor one side and nothing on the other side of us because this was the end spot.  Nice!  We got set up and then just settled in for a quiet afternoon recovering from the drive up.  Later I set up my Blackstone Griddle and grilled some meat and vegetables that Cristy has prepared earlier and put in plastic bags for our trip.  It was good but let’s just say I need to practice with the griddle some more to really get the hang of it.   We watched some TV on my laptop and then called it a night.  And thanks to the electric heater we brought along… 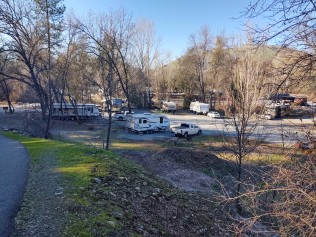 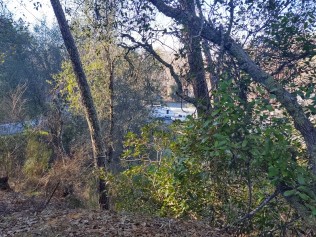 The next day we drove into Placerville and shopped a bit.  Well, Cristy did.  I mostly just followed her around.  It’s urban hiking after all.  The we had lunch at The Farm Table restaurant.  Always one of our favorites when we’re in Placerville.  The we drove over to historic Coloma, site of Sutter’s Mill where gold was first discovered in California.  Coloma is a town that is a state park much like parts of Columbia.  We walked around and enjoyed the sites for a bit and then headed back to the trailer.  When we got back we discovered a HUGE 5th wheel trailer 20 feet from us which brought 2 parents and 9 kids.  Oy.  There goes our peace. 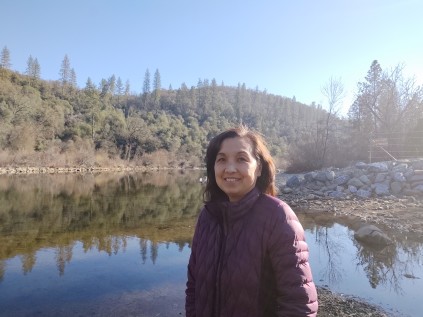 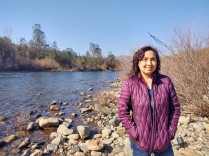 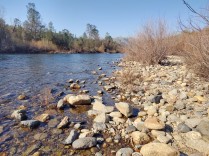 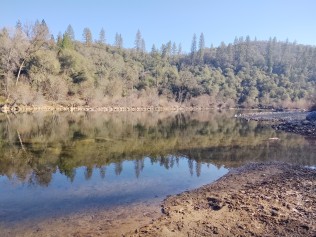 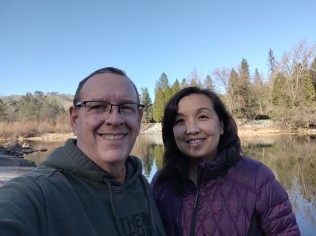 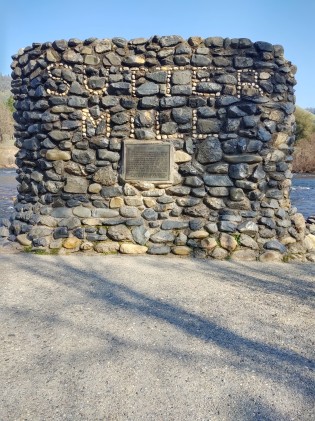 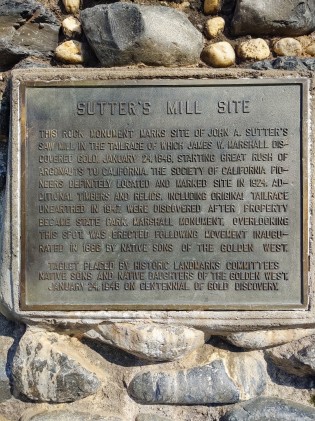 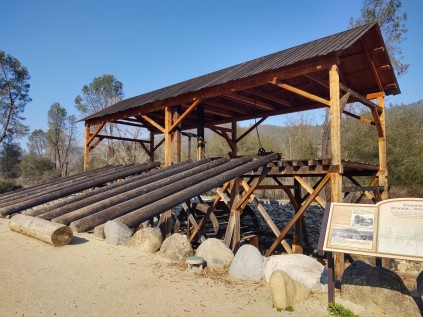 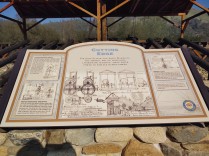 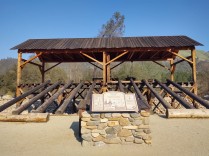 And that is what we are finding is the downfall of this particular RV park.  If it is like this in the off-season I can’t imagine what it would be like in the summer.  Everyone here is “camping” meaning, the have to put out ALL their camp toys, even if it means completely surrounding our campsite with their stuff.  There are no clear boundaries and there is little to no enforcement of rules.  Again, probably because this is the off-season.  I won’t judge the entire Thousand Trails system by this park, but I certainly won’t be back to this park.

Sunday morning after a quick liquid breakfast I kicked the next-door neighbors’ toys out of the way so I could start packing up and making the trailer ready for travel.  We got everything stowed, the slide pulled in, and everything locked.  Cristy stood guard to make sure no children (who were literally 3 feet away) got run over.  Although there were no sewer sites available there was a dump station on the way out.  We dumped our tanks and hit the road for home.  It turned out to be quite the exciting drive because the winds were 30 gusting to 40 mph.  Luckily for us the winds were mostly at our back coming home so we had incredibly good gas mileage.

So all in all our stay at this Thousand Trails was a mixed bag.  The area was beautiful but the park itself was cramp and noisy (for us).  We’ll try a few more TT trails parks before passing judgement but as of last night those 55 and over RV parks were looking pretty good! 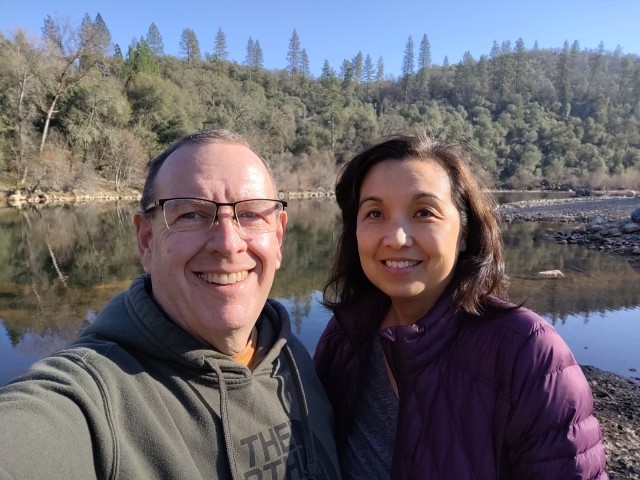