For those who have never heard of Johnson Creek Airport it is considered the gateway to mountain flying in Idaho.  It is like the Ritz Carlton for back country aviators.  It is a beautifully manicured 3400 foot long, 150 feet wide grass runway near Yellow Pine, Idaho.  Never heard of Yellow Pine?  I’m not surprised, it’s a long way from anywhere.

My day started at 0430 Pacific Time.  I had already packed my camping equipment in the plane and fueled up.  All I needed to do was throw my suitcase in the plane, update my weather briefing, and go.  I actually should have gotten an earlier start because as I was climbing out over the Sierras the sun was coming up.  This made the peaks particularly difficult to see as I was climbing almost directly into the sun.  As I leveled off at 9,500 MSL over Lake Tahoe I turned toward Lovelock, Nevada I at least got to turn to where the sun was hidden by a tube in my cockpit. 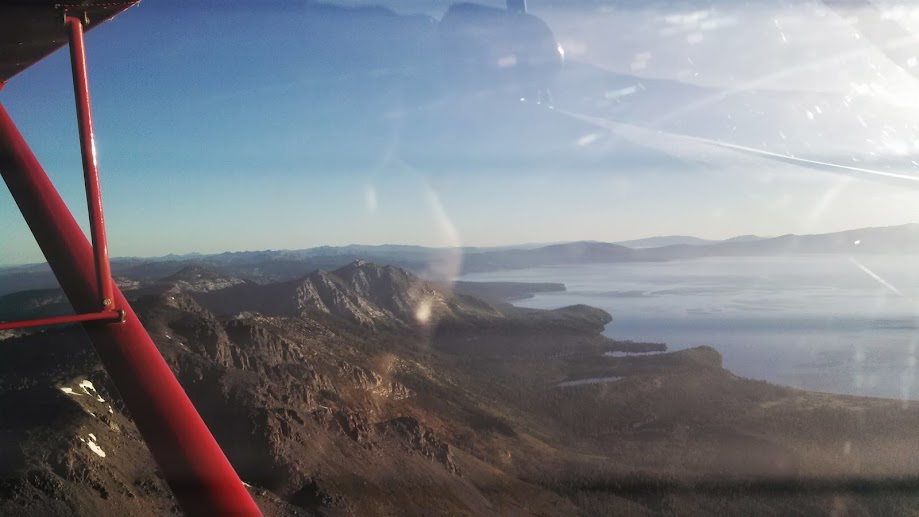 About two hours after I departed Oakdale I was landing at Derby Field, Lovelock, NV.  There isn’t much there other than an old MIG and a fuel pump.  I topped off and continued on as fast as I could.

The scenery pretty much stayed the same for the next two hours.  High desert punctuated by low mountains all the way up to the Boise, ID area. 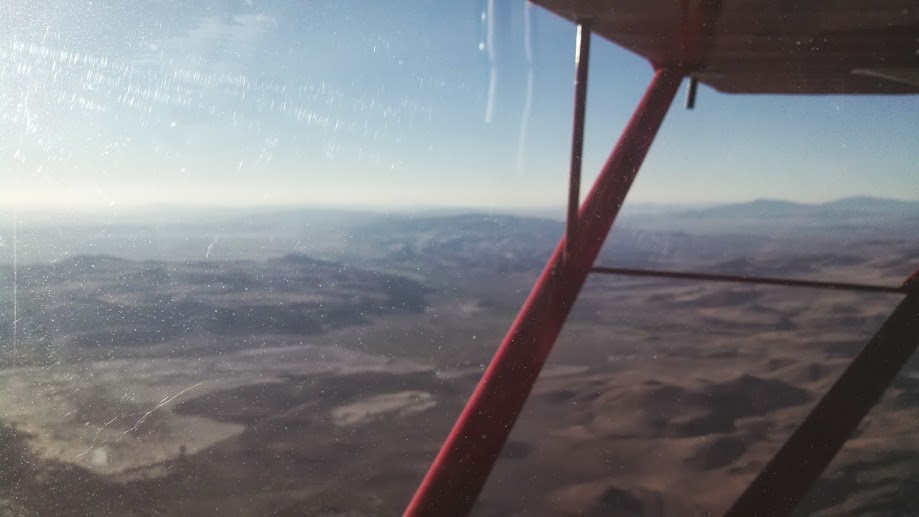 I stopped in Nampa, ID for fuel.  It took me forever to figure out how the fuel pumps worked there.  How many different places can they think to hide a fuel pump switch?  I topped off my tanks and taxied out to depart.  It was hot and the density altitude was pretty high so it was a long takeoff run followed by a listless climb out.  I felt some odd turbulence as I was climbing out but didn’t think much of it.  I was also unable to clearly hear the AWOS (Automated Weather Observation System) at Nampa.  Oh well, continue climbing out and heading toward Cascade, ID to top off once again before heading into Johnson Creek.

As I got closer to the mountains it started getting really bumpy.  I looked at my phone to see what time it was; 1:15pm.  Dang.  I really should have started earlier.  As the bumps got worse the advice given me about Johnson Creek kept ringing in my head, get it on the ground by 11am.  Double dang.  I elected to divert to Emmett, ID and wait out the heat.  I enjoyed a bumpy flight all the way into Emmett and made an uneventful landing. 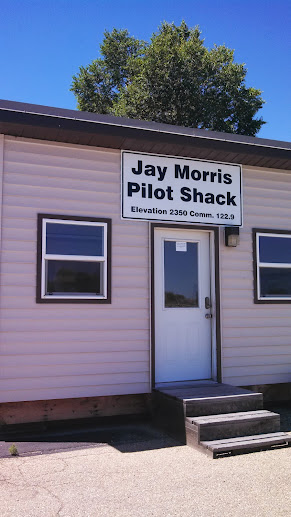 I still had plenty of fuel so didn’t bother topping off.  I elected to escape the 100+ degree heat in their local pilot’s lounge.  Pretty much a small shed with a couch, table and chairs, and most importantly, an air conditioner that could cool an entire house!

I turned on the air and after I cooled down decided to go get a snack out of the airplane.  As I walked back toward my airplane I immediately recognized what caused the unusual turbulence as I was departing Nampa.  My communications antenna was missing from the bottom of my airplane!  Triple dang it!

At this point I knew I really couldn’t continue to Johnson Creek without some way to communicate.  While it is completely legal to do so, it is not wise.  As long as the ring terminals on the antenna wires had not been torn off, I could gerry rig up a new antenna.  I decided to go into town and see what I could scrounge up. 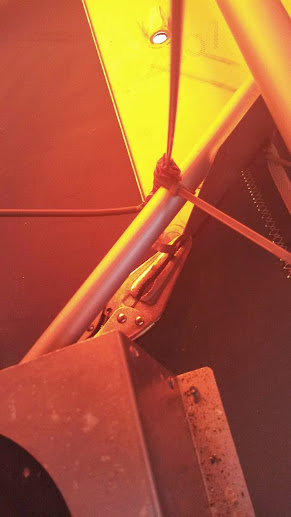 I borrowed the courtesy car and drove to their local True Value hardware store.  I bought a piece of brass welding rod, some duct tape (red to match my airplane), and an assortment of zip ties.  I drove back to the airport after stopping to buy a HUGE cold soda.  After I got back I pulled all my cargo out of the plane so I could get to where the antenna was mounted.  As I had suspected the ring terminals were still intact on the wire ends.  I slipped the center conductor ring terminal over the welding rod and zip tied it in place near the bottom of my new “antenna”.  I then wrapped the entire lower end of the rod in duct tape to insulate it from the ground plane.  A ground plane is a piece of metal that all antennas need to operate properly.  I then zip tied the base of the antenna so that the bottom of the duct tape wrapped antenna was touching the ground plane.  I then used some vise grips to attach the antenna ground wire to the ground plane.

But what I didn’t know was if it really worked.  Luckily there was also a radio scanner in the pilot’s “lounge.”  It was set to scan about 10 frequencies.  A row of red lights would flash in sequence to show which frequency was being scanned.  But I would have to wait until it got darker to see the lights.  I whiled away the hours by having dinner, thinking, and chatting online with an Internet friend who is learning to fly.  It was finally dark enough that I could see the red lights flash when I propped the scanner up in the window of the pilot shack.  I powered up the plane and pressed the push to talk button and viola!  The red lights stopped scanning and one light stayed lit until I released the PTT button!  Then I had a thought, “were my radio transmissions going to be understandable?”  To test that I downloaded a voice recorder app for my smart phone and left it recording next to the scanner.  I went out to plane and transmitted “testing 1-2, testing.”  When I replayed the recording I was perfectly understandable.  My MacGuyver fix worked!

Being a cheap skate I decided to just sleep in the pilot’s lounge that night.  I wish I hadn’t I only got 2 hours of sleep.  But that didn’t matter.  I awoke at first light the next day and was airborne before the sun came up on my final leg to Johnson Creek!