After enduring a sleepless night on a scratchy couch in an airport shack in Emmett, ID I was finally on my way to Johnson Creek.  The air was cool and still and as long as my vise grips held, I was certain I’d be sleeping in my tent this night.  I spoke to some locals in Nampa the day before and was told that the way they always flew into Johnson Creek was to head direct toward Warm Lake or Landmark (a USFS air strip) and then fly up the drainage (canyon) to Johnson Creek and that way I would be able to fly a fairly normal pattern, though it would be a tight pattern. 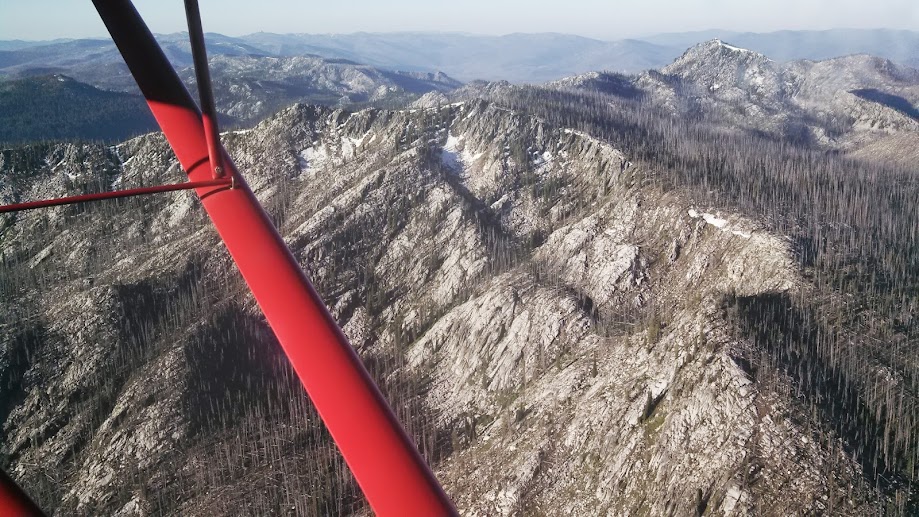 That’s pretty much how it went down.  Again, I had the sun in my eyes so it was difficult to see down in the drainages.  I found Warm Lake up on the ridge just south of Johnson Creek and adjacent to Landmark.  I crossed the ridge and then started to descend into the drainage.  It was still smooth as glass.  Soon Johnson Creek came into view and I was still a little high so I chopped the power so I could really get down into the bottom of the drainage.

A friend had sent me an email the night before with some last minute instructions on landing at Johnson Creek which I kept reviewing in my head.  I knew I needed to get closer to the right side of the drainage, to stick my wing in the trees as it were.  The problem was it was all in darkness on that side of the canyon.  The sun was blinding me to what was there.  Soon I was in the shadow of the side of the canyon and I could see better.

The radio was letting me see what I couldn’t hear.  Plane after plane was departing JC.  Everyone was on their breakfast run.   I entered the downwind and announce my intention to land.  Two planes radioed back that they were rolling and would try to stay out of my way.  (Yeah!  My antenna really worked!)  I rolled around onto final into what would be an overshoot in a normal pattern, but at JC it’s SOP.  And here is where I ignored the advice given me.  I came in low over the trees at the north end of the strip and as soon as I had cleared them I chopped the power.  I touched down maybe 200 feet beyond the end of the runway and stopped maybe 300 feet later.  I had really underestimated how quickly the plane would slow down on the runway!  I added power and started taxiing up hill.  Then I came to my senses and thought, get off the runway stupid!  So I moved off to the side and continued my uphill slog.  Luckily there were no more planes either landing or taking off so I didn’t inconvenience anyone.

I pulled up next to a spot that had a tent but no airplane.  I tried to estimate about how much room an airplane would need and pulled in.  I went through my after landing checklist and then shut the engine down.  I sat in the cockpit for a few minutes with the doors open.  I took in the tree covered canyon wall in front of me, listened to the sound of Johnson Creek rushi 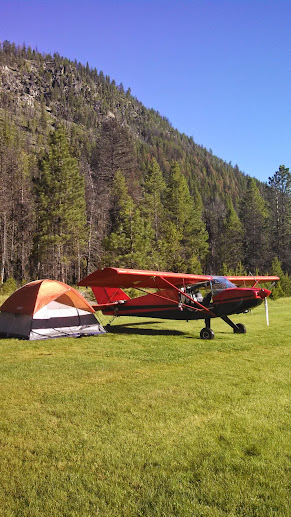 ng by, the few birds that were in the area, and just let the adrenalin slowly drain from my body.  I wasn’t afraid on the approach, I was very alert, and now I was very elated!  I made it!

First order of business was to set up camp.  Once I had the plane positioned where I wanted it I set up my tent and pulled all my camping junk out of the plane.  Tent, check.  Chair, check.  Food, check.  Way too heavy tie-downs, check.  The plane was now empty, camp was set up.  Now I had two choices, fly out for breakfast or take a shower.  Since I was pretty sweaty and grungy from sleeping in the pilot shack in Emmett I decided to take the shower.  That turned out to be a VERY good decision.

Since everyone was either gone or relaxing (it was 0900 by this time) I located the showers and took a nice hot shower.  Afterwards I was out talking to some of the folks from NorCal when I saw everyone heading toward the north end of the field.  Some were jogging, some were running, some were walking.  I thought it must be some ritual that I didn’t know about.  I put my shower kit back in my tent and hung up my wet towel, no mind you, the required walking across the field.  I still didn’t notice what had happened.  Then I saw the wife of one of the NorCal guys and walked over to say hello.  That’s when I noticed.

At the north end of the field two planes lay in a crumpled heap.  My first urge was to run down there to see if they needed any help.  But my first glance around told me that they didn’t.  With all the people swarming around they had more help than they needed.  I walked over to where the friends wife was sitting in the shade of a Maule’s wing and asked her what had happened.

The information came in slowly from different people but what had happened was there was another influx of airplanes coming in to land.  One was a Piper TriPacer, the other a Piper Arrow, not a Baron as reported in the news.  The TriPacer was struck from behind by the Arrow.  Neither one saw the other.  They collided between 40 and 60 feet in the air and fell in a heap.  The two men in the TriPacer sustained relatively minor injuries.  The man in the Arrow sustained more serious injuries and had to be LifeFlighted out by helicopter.  There was one passenger aboard the Arrow who did not survive the crash; the pilot’s 20 month old son.  He died shortly after being extracted from the wreckage.

Shortly after the crash we received word that Johnson Creek airport had been closed until further notice.  All the planes that had gone out for breakfast would not be allowed to return until the FAA reopened the airport.  This meant that 60 airplanes or so would have to find other placed to go in the mean time.  The day dragged by slowly.  I didn’t have much of an appetite and the only subject of conversation that day was the crash.  That didn’t help my appetite much either.

Finally at 7pm they reopened the airport and there was a rush of planes coming back.  Several times I thought we would have a repeat accident.  Maybe it was just my visual perspective.  Happily, there were no further incidents and everyone landed safely.  Including a couple of internet friends that I knew through my Rans affiliations.  Even though the airport was now a little more lively now that everyone had returned, the wreckage stood down at the far north end of the field as a somber reminder of the day’s events. 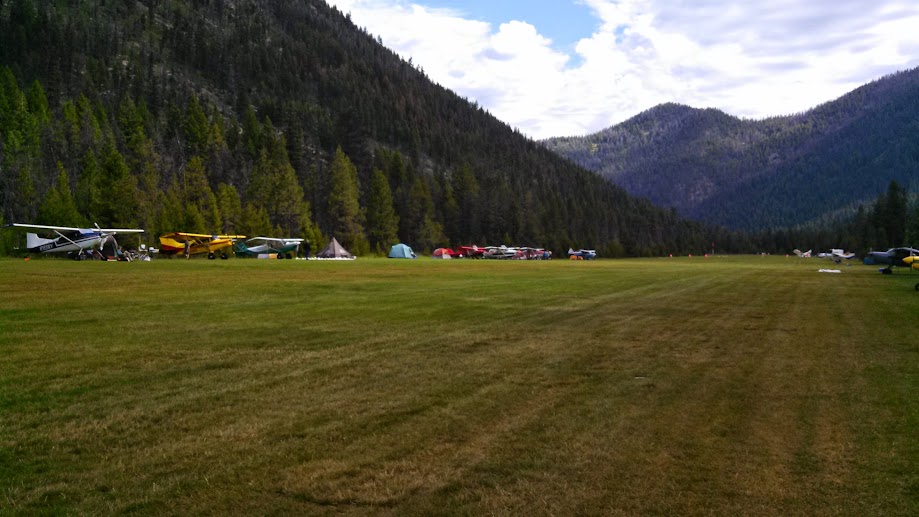 One thought on “My First Trip to Johnson Creek–Part 2”