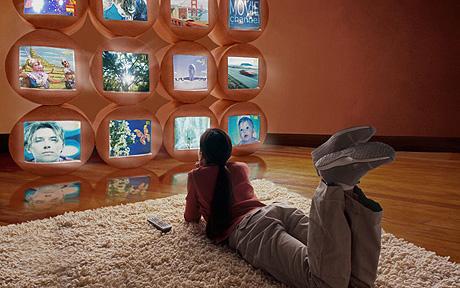 I was very much a TV-holic. My wife much less so but she also enjoyed TV. We let our kids watch TV while they were young. Disney and Animal Planet mostly. Then one day a commercial came on about a reality show staring New Yorkers and their pets. One scene was of a very well-built woman wearing a bikini that barely held all her parts under control. She was bending over washing her dog and they showed her body parts grinding together from all angles, barely focused on the dog. There I was with my eyes bulging and fixated on the screen when I remember my son. When I looked at him his eyes were fixated too. I grabbed the remote and turned the TV off and then proceed to call the cable company and cancel cable right then and there.

I was at a point in my life where I didn’t need to be looking at women, especially women built like the actress from the commercial. I sure didn’t want my son growing up and developing the same lust problems I did. Later that week as I was reading a magazine I looked up to see my wife reading her Bible (which she always did anyway) and to see my kids on the floor, one drawing, the other coloring in a coloring book. They never seemed to miss TV at all.

Many years later I eventually relented and we signed up wit Netflix and began watching Emergency, Mission Impossible (the 60s/70s series), Columbo, and so forth. Mostly the shows I remember watching that even when they were controversial, they never approached what we have in commercials today. And it was a great way to ease them into what they would be seeing as they went out into “the world” and have a dialog about such things. We still don’t have TV and we really don’t miss it.