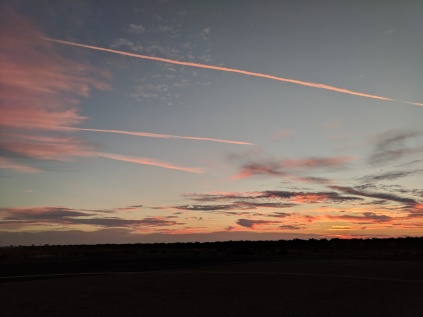 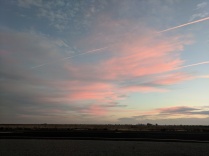 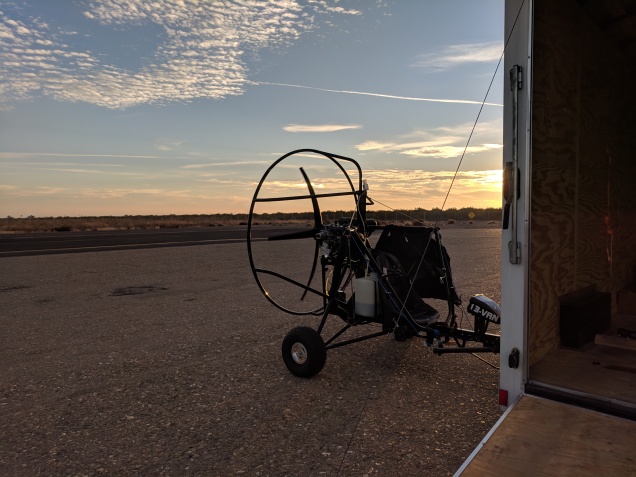 Had a great Thanksgiving today.  It started with a drive out to New Jerusalem airport to do some flying.  I’ve been worried about high engine cylinder head temperatures so I bought a new digital CHT gauge.  I installed it out at the airport and did a test engine run.  I put the digital gauge on the rear cylinder thinking that this would be the hotter cylinder… not so!  You see, on my engine, a Kawasaki A440, there is a cooling fan on the engine.  It is oriented facing forward.  I had always assumed that the airflow would be through the front of the engine and out the rear.  But I forgot one thing… my engine is mounted facing backwards.  So the cooling air coming through the engine flows against the relative wind created as I fly.  I’ll have to check with J-Bird, the manufacturer of my engine to see if that is how all their other engines are set up.  This could explain my elevated cylinder head temps.

Now, all that being said, oddly enough, my temps were solidly in the low to normal range today!  So I’m going to go back the the next smaller high jet on my carburetor and see if the temps stay down.  Not sure why they suddenly dropped today.  My wife may be onto something when she quipped, “Maybe it’s finally done breaking in.”  Could be.

After an epic Thanksgiving dinner with my kids and a nap, I retired to the garage to adjust the fan belt tension.  Yes, the aforementioned cooling fan has a belt that needs to be tightened after the first 3 hours of operation.  Some folks never tighten their belts but I decided to go by the book.  Probably because this engine has burnt it’s rings twice.  Tightening the belt involves removing one half of the belt pulley, removing a shim, and then reassembling the two pulley halves.  That is much easier said than done.  Here is a video describing the belt tightening ordeal.

After tightening the belt I did a quick engine run to make sure the belt was still tight and all checked out.  All ready for the next flight!