I didn’t get to update the blog yesterday due to lack of Internet.  We had to stay at a KOA in Grants due to there being no room anywhere near Albuquerque because of the balloon festival.  This KOA had very poor WiFi and I can understand why.  We also had poor data reception on our cell phones.  Verizon was showing only a couple of bars of LTE, no 3G or 4G.  So… it was slow, even on our phones.

Before talking about the Grants area, let me catch you up on our travel day.  Here is why we were unable to continue.  The line of thunderstorms stretched from El Paso, TX all the way up to Minnesota.  It was a slow moving line as well.    This is what we would either have to drive through or delay for.  We didn’t have time to delay our trip and be able to make it back to work in time.  So, we turned around and headed to…

As it turns out, Grants was a wonderful place to stop for two reasons, the Western New Mexico Aviation Heritage Museum and El Malpais National Monument.

This museum is a restoration of two forms of aviation infrastructure, now both largely gone.  The first and foremost reason I wanted to visit this museum is it’s exhibit on vintage airway beacons.  In many places throughout the country people have stumbled on mysterious concrete arrows and wondered what they were for.  At this museum they have completely restored the concrete arrow and the lighted beacon tower it supported.  As well as the generator sheds that accompanied these towers to power them.  These beacons lighted the way for early airmail aviators so they could continue to fly the mail at night.  There were literally hundreds of these arrows and towers across the country.   The museum is only open on Saturdays so we took the outside walking tour.  There are free pamphlets you can grab that talk about the outdoor exhibits and the history.  This was one of the stops I was most looking forward to.

If you’ve ever seen the movie Cars, think “Radiator Springs” and you pretty much have Grants.  Still it was fun to drive down the main drag and look for remnants of her Route 66 glory days.  We stopped at AutoZone to buy a new tire pressure gauge.  Then we stopped at a touristy little spot to take a picture. 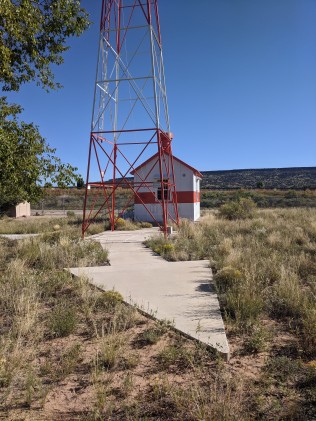 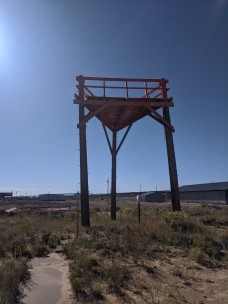 After visiting the museum we decided to check out El Malpais (literally, The Badlands in Spanish).   El Malpais is a hugh lava field created by volcanic erruptions.  Spanish explorers named it El Malpais due the fact that it was impassible for their horses.  The terrain is literally littered with razor sharp chunks of black lava.  They had to find a way around.  Other than some Indians that lived in the area the place was largely abandoned for thousands of years. 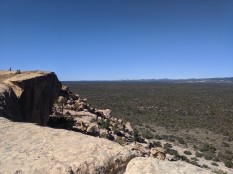 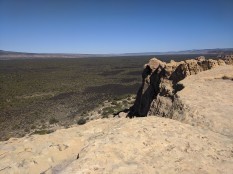 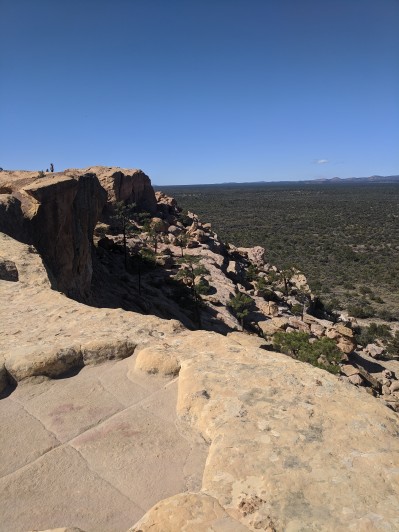 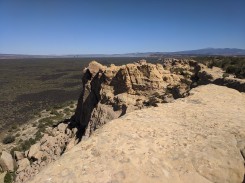 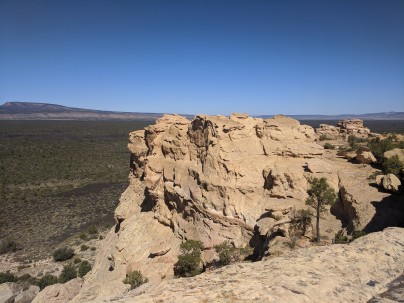 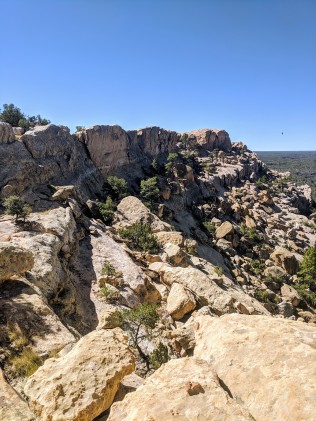 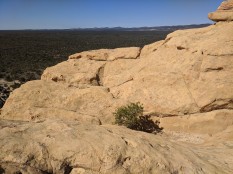 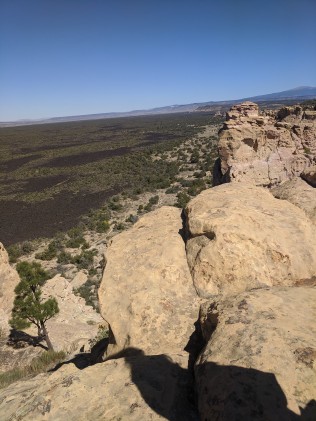 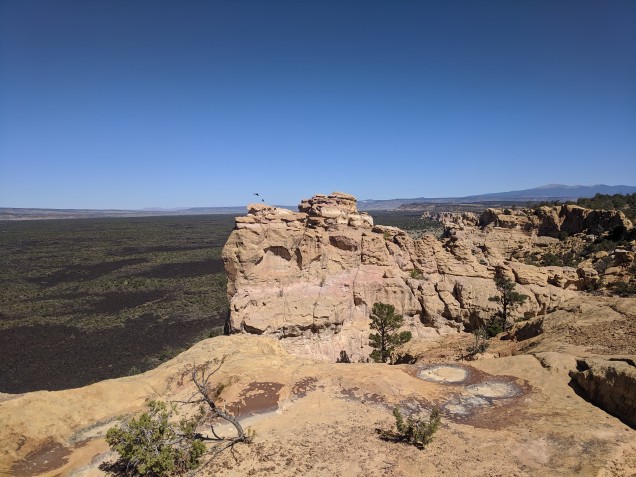 We drove a little farther down the road and stopped at La Ventana, a large natural arch.  It’s a nice easy hike, only about 10 minutes from the parking lot. 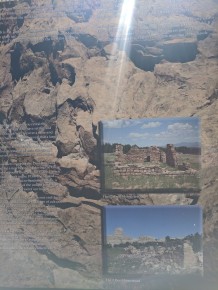 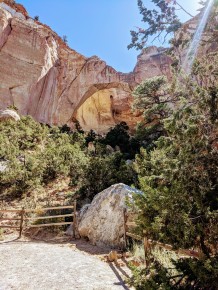 Afterwards we drove back and had dinner back at our trailer.  And enjoyed a beautiful New Mexico sunset thanks to the storms passing by to the east.

All in all our decision to turn around was a good one.  We saw some things we may not have had time for otherwise. 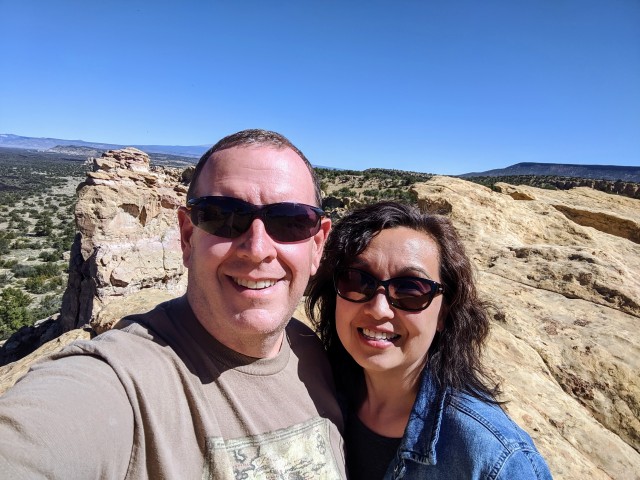