My first fill day at Johnson Creek had me waking up at 6:30am to the sound of an airplane taking off.  Since you are in such close proximity to the runway they take off practically right over your head.  Nothing like the supersonic cracks of a constant speed propeller waking you up in the morning!  The early bird was joined by an almost constant precession of airplanes taking off.  I decided to stay in my sleeping bag because it was COLD!  Hard to believe it would get up almost to 100 degress later in the day. 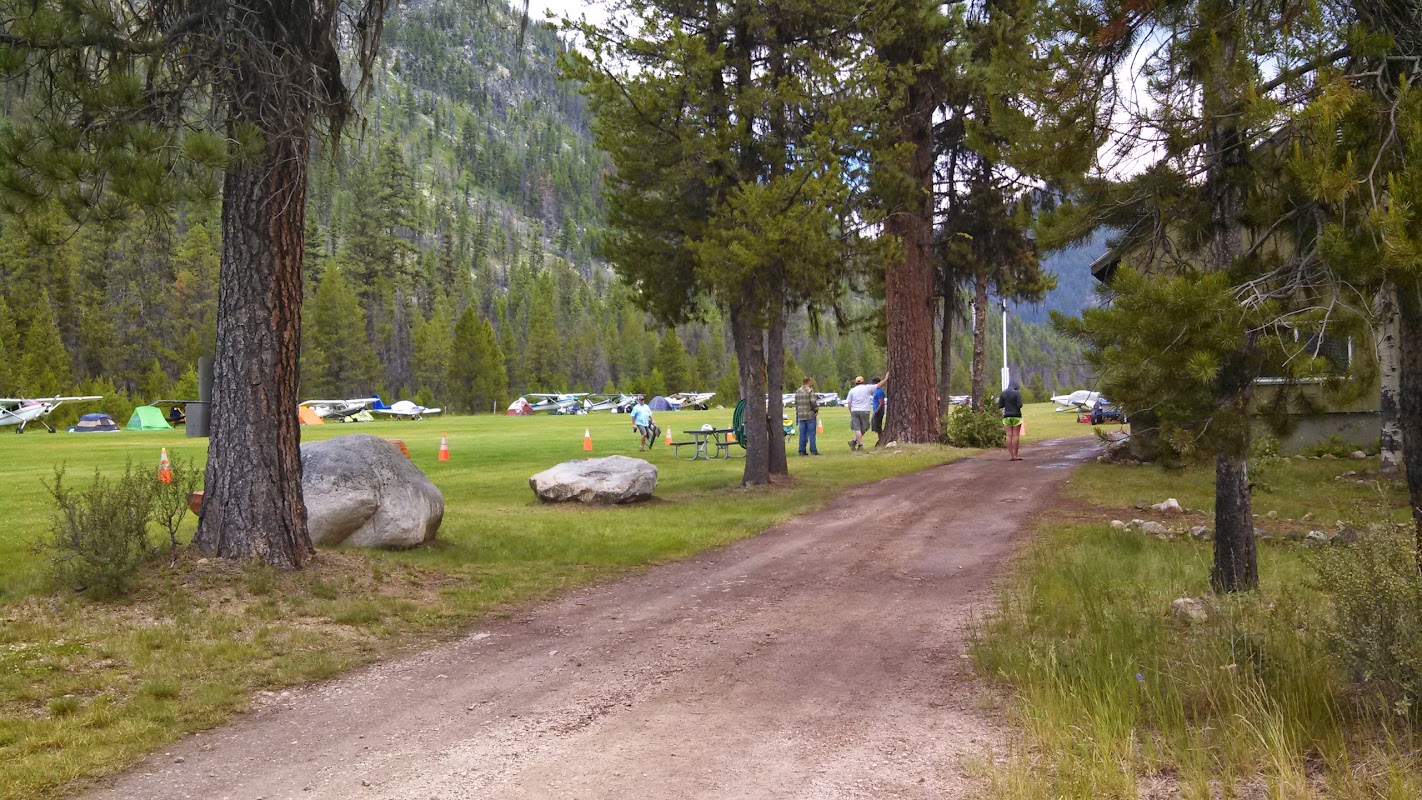 I enjoyed a nice leisurely breakfast of the provisions I had brought along.  Given the previous days’ events I decided to just hang around the campgrounds.  It was a beautiful place why go anywhere?  I spent the morning catching up with friends I have known for years via the Internet but never met in real life.  Later on we drove into town in one of the courtesy vans to have lunch.  The food in Yellow Pine was mediocre but the company was great!  Glenn Mathis and his wife Gwenn, and Tracy and Neil Salmi formerly of Rans.  I got some great flying tips from Tracy and Neil, both of whom know Rans airplanes like the back of their hands.

Saturday night was the big potluck.  There were probably about 80 people present and there was PLENTY of food.  Lots of leftovers.  The highlight of dinner was the home made ice cream  Apparently in years past they had run out but not this time.  There was enough ice cream for seconds and thirds and even the kids that were there got tired of eating ice cream.  After dinner a raffle was held.  The prizes included aircraft oil, tie down kits, fuel bags, and even a Hawaiian vacation and a ski trip.  What was kind of ironic was that the person who donated the Hawaiian vacation won the ski trip.  Can you say “rigged?” 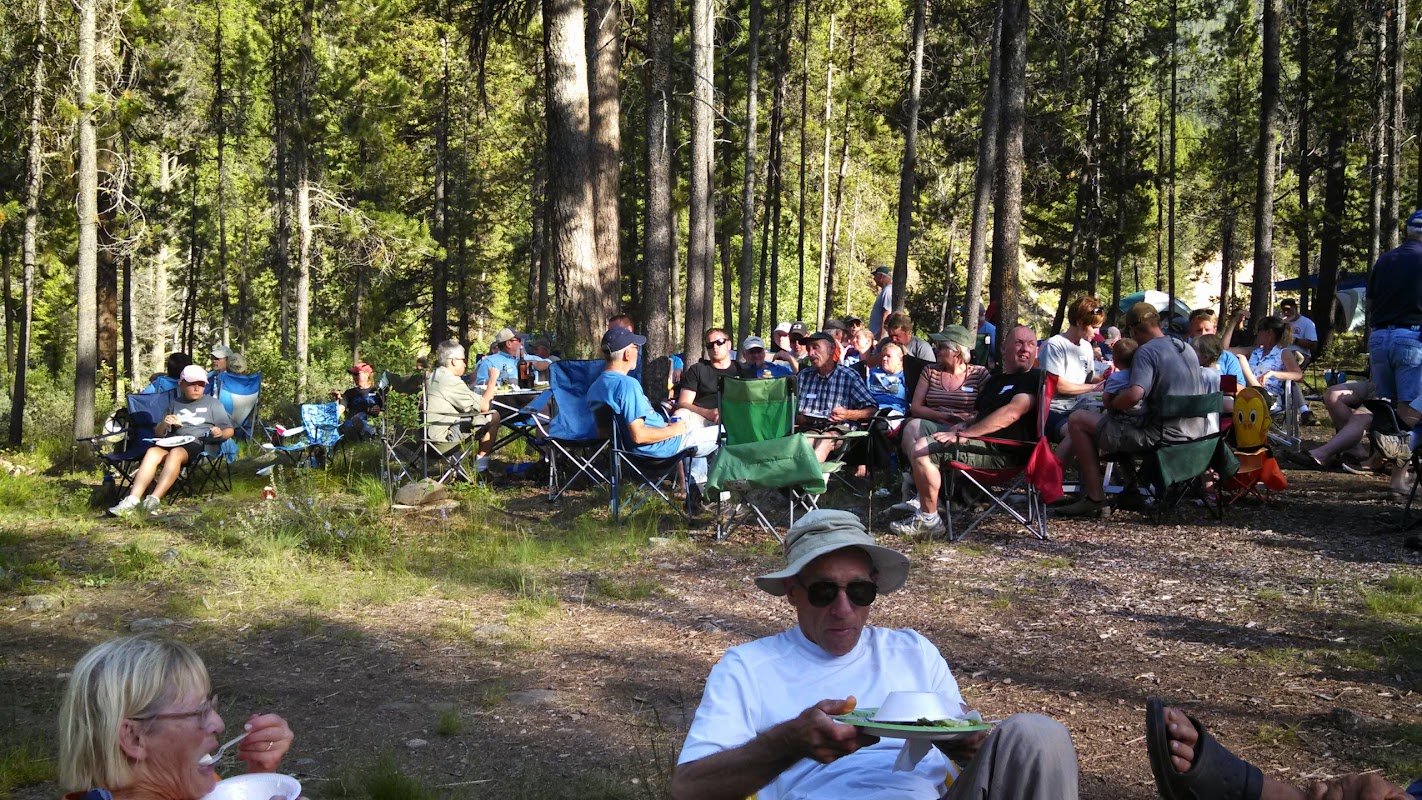 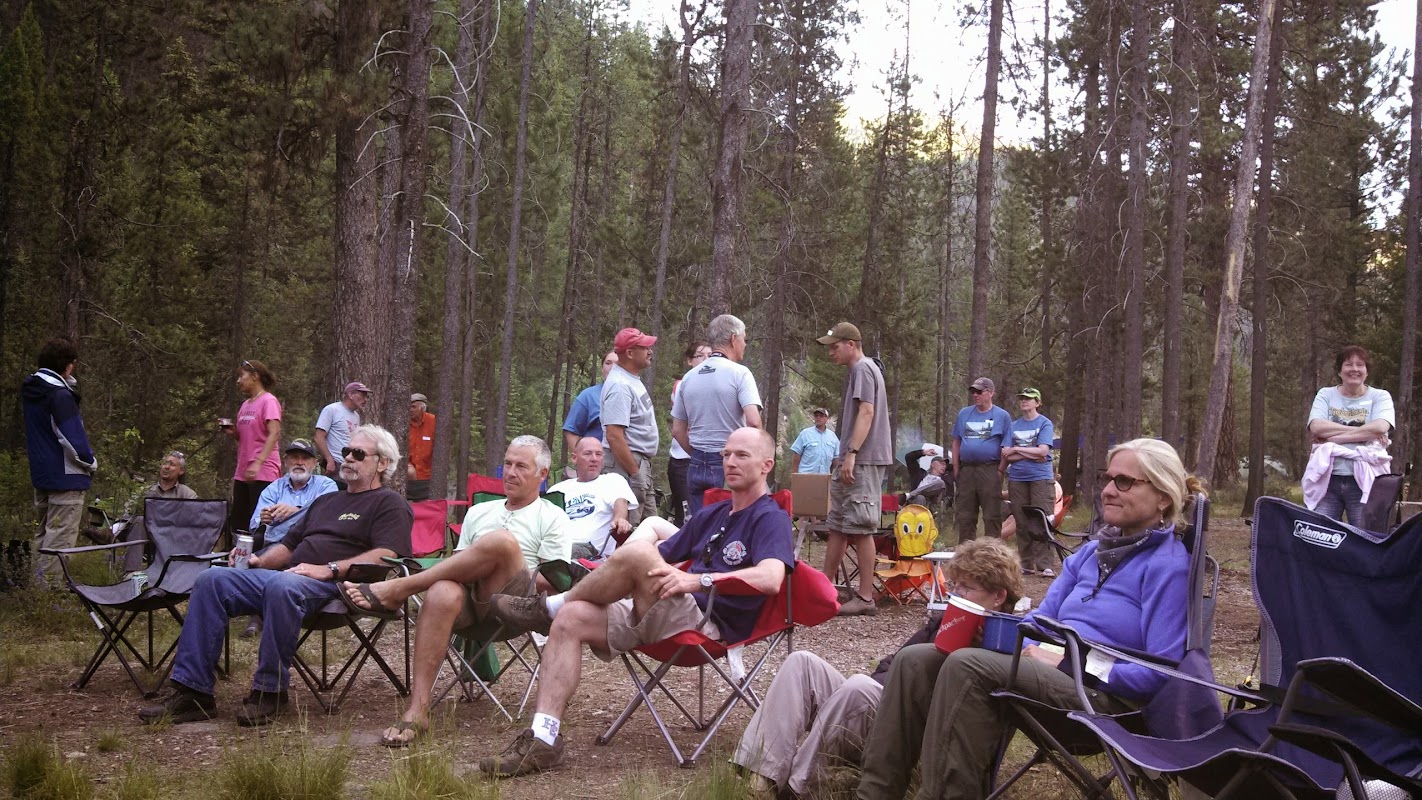 After the dinner and raffle there was even a band who played for an hour or so.  Yes, they hauled in their instruments and amplifiers and all by plane!  There was much revelry into the evening but I am not a night owl.  I walked among the various groups of campers visiting for a while.  Everyone was friendly and offered me a seat.  But my mind was already on the next morning’s departure so I didn’t stay up too late.  I headed back to my tent and fell off asleep pretty quickly.