Sunday morning was clear and cold.  There was dew on everything.  I left the doors open on the plane in hopes that the windshield wouldn’t fog up.  Well, the windshield was complete fogged up and covered in dew.  Even though it was very cool out I was still nervous about taking off with all my camp gear aboard.  I stowed my chair, my clothes, sleeping bag, and the wet tent I had folded up.  It felt like it weighed twice what it normally does.  I shifted it from the aft baggage to the cockpit baggage compartment just in case. Even with the towels I brought I still couldn’t satisfactorily get all the dew and fog off the windshield.  I went ahead and fired the Redbird up anyway hoping that the wind from the prop would clear everything out.

I let the engine run for about 10 minutes letting the oil heat up.  I then taxied up the hill to the run up area.  The increased power I had to use to taxi did a pretty good job of clearing off the dew and by the time I had finished my run up most of the fog was gone from the inside of the windshield.   I lined up, called my departure on the radio and began my takeoff run.  She bounced around in the grass a little but otherwise the runway felt really smooth.  I felt the tail sluggishly come up and knew I was almost at flying speed.  It would just take a few seconds longer than normal at this altitude.  I quickly glanced at my airspeed indicator as a double check for flying speed.  It registered ZERO MPH at first and then bounced up a little to 45 MPH.  That’s not flying speed.  Be that as it may the plane rose lazily into the air.  I relaxed the stick a little to stay in ground effect for a couple seconds to let the plane pick up speed.  When she had the speed she liked she began climbing even without me moving the stick.  The airspeed still only read about 55 MPH but my GPS ground speed read 75 MPH.   Figured I either had a bug or water in the pitot tube.

As I climbed out I kept to the right side of the canyon.  I made a wide, sweeping turn to the left and slowly came back over the field while keeping my right wing near the trees.  The plane was climbing good now and I slowly made my way up out of the canyon.  About the time I crested the canyon my ASI came alive and read correctly.  So I had water in my pitot tube and it had finally all evaporated. 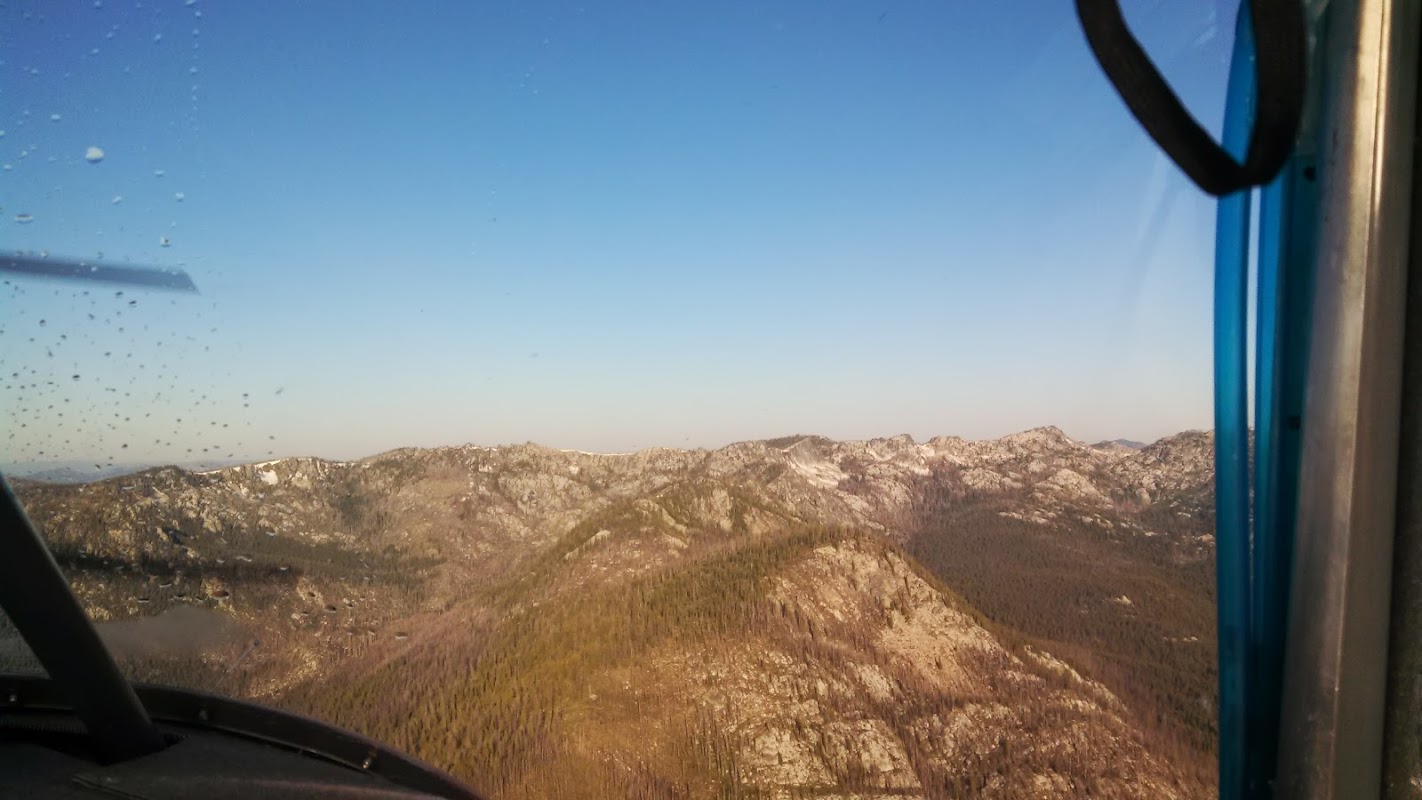 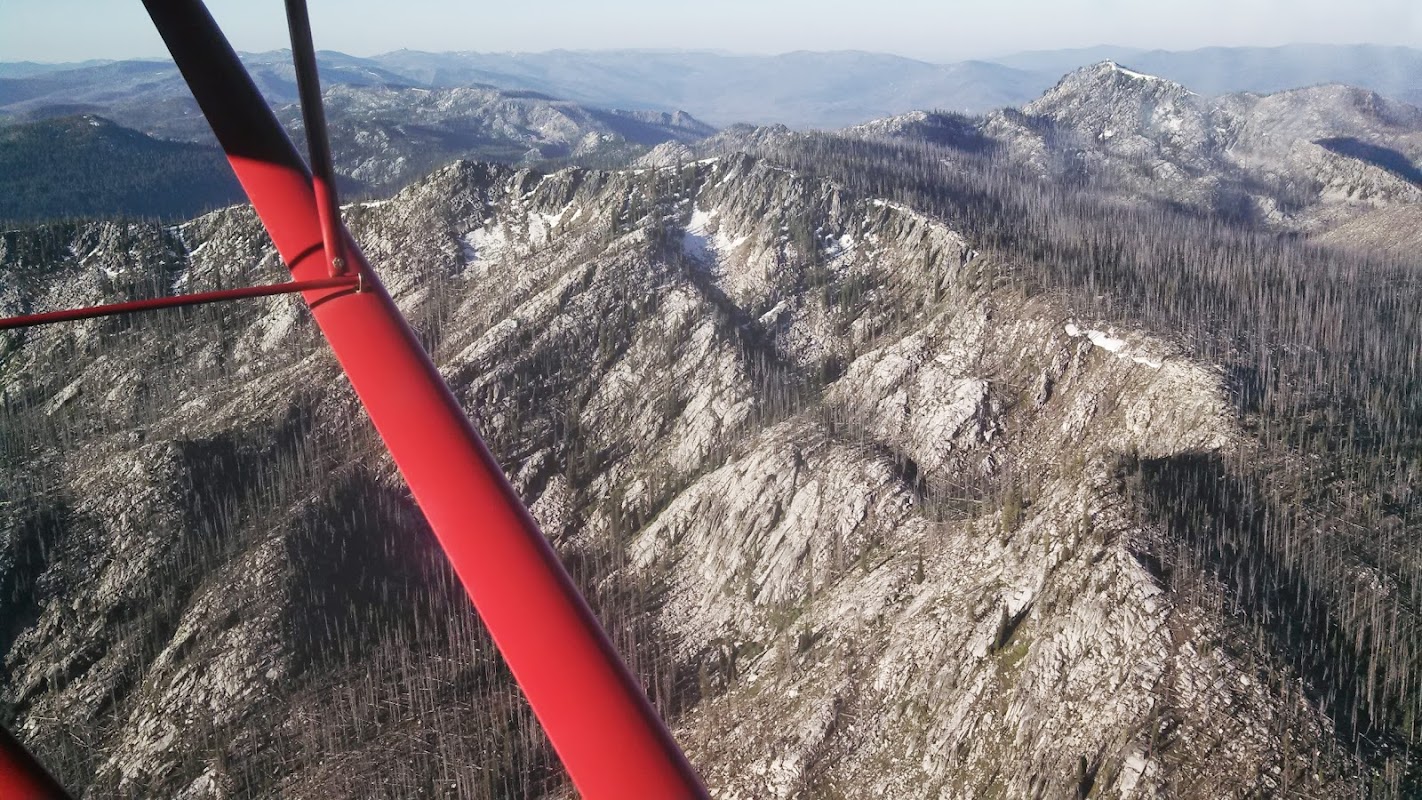 The canyon seemed dark but as I climbed out it was bright and sunny above.  I punched Cascade, ID (U70) and slowly turned on course to top off my tanks before heading to Bend, OR. 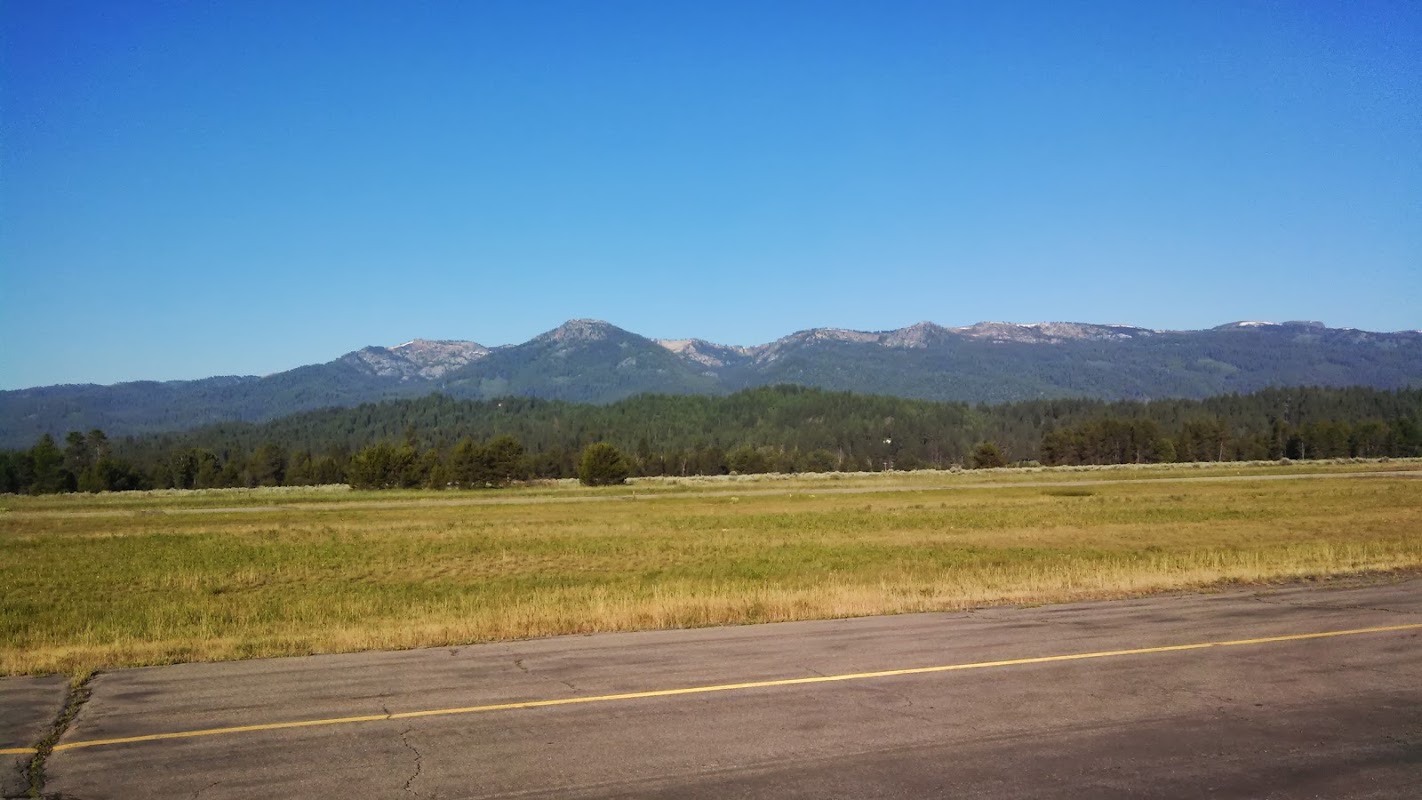 Cascade is in a beautiful valley next to Cascade lake.  I landed and the friendly FBO attendant topped me off.  I then took off and headed west toward Bend, Or (KBDN).

The flight to Bend was pretty and largely smooth.  It didn’t get bumpy until I was descending into the pattern.  The scenery was amazing. 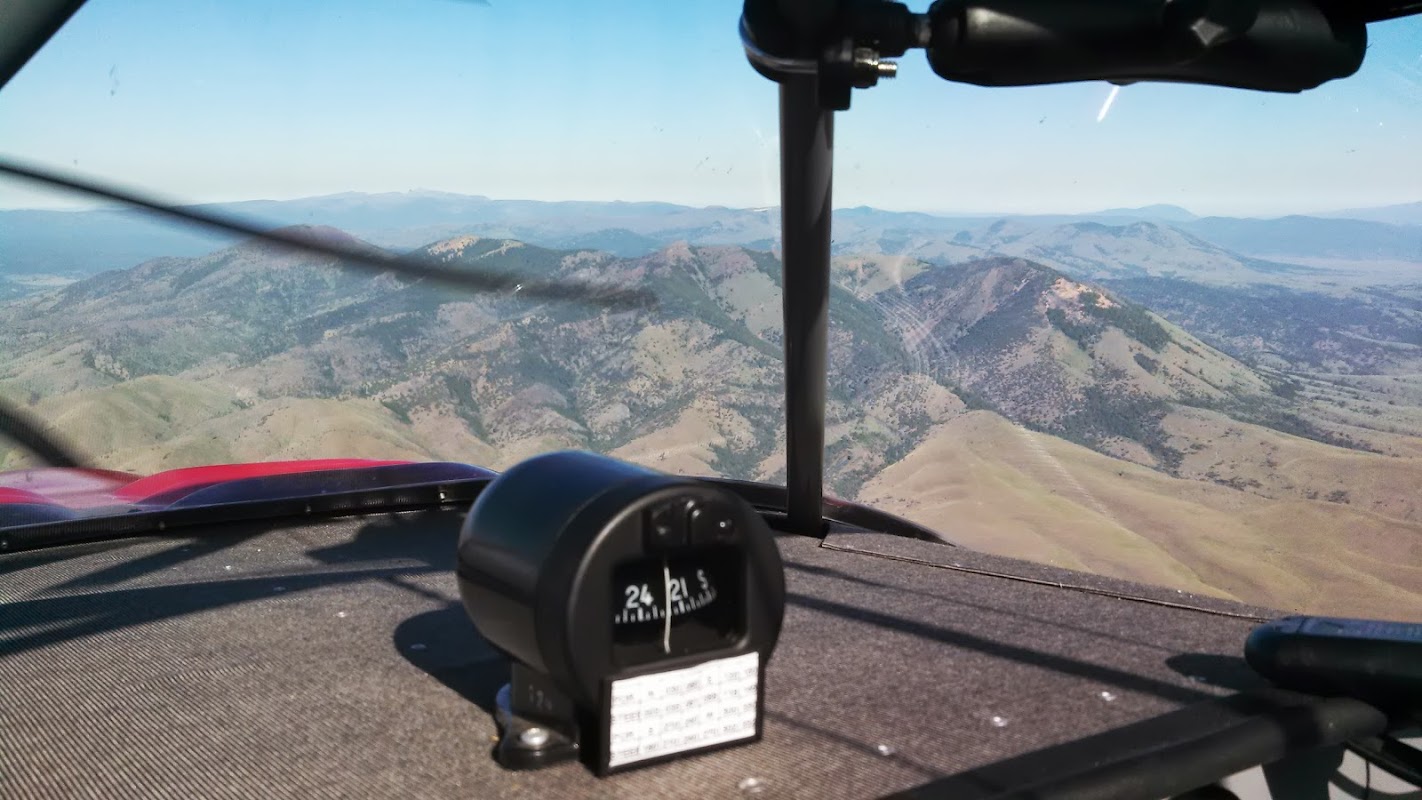 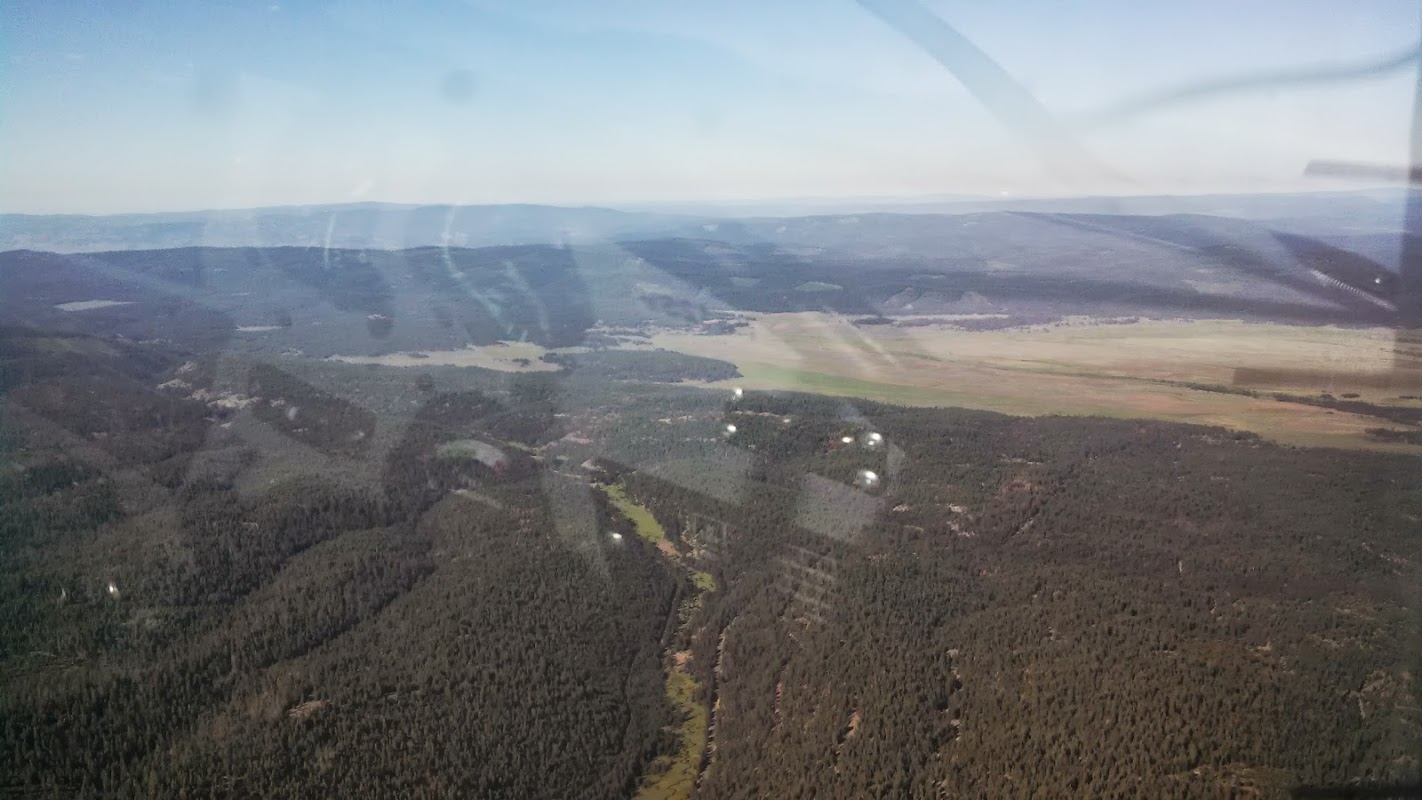 My friends picked me up at the airport and took me to their home so I could clean up.  We went into town and ejoyed The Bite of Bend.  It’s a festival where they close off the downtown streets and all the restaurants open up booths on the street.  I had some great red curry there from a Thai place.  It was about 103 and their kids were getting hot and cranky so we all headed back home to cool off and think about dinner.  We had a great pizza together and headed back home.  After the kids got to bed I finally got to talk to my friends.  It was great to catch up.  Again, these were people I knew from the Internet but had never met in real life.  I can’t wait to see them again some time. They are great people!  So great in fact that they got up at 5:30 to take me back to the airport!

I had already tanked up when I landed in Bend so as soon as I had the plane ready I took off again and headed south.  This was the most turbulent part of the trip.  Even at 6am I was still getting some pretty significant bumps until I had reached Klammath Lake where it smoothed out finally.   I tried to enjoy the scenery but the homeward legs are always the longest legs of any trip.

One thing I noticed was that it was sever clear when I took off but as I headed south, a haze from the north started to follow and then over take me.  It still didn’t detract from the scenery. 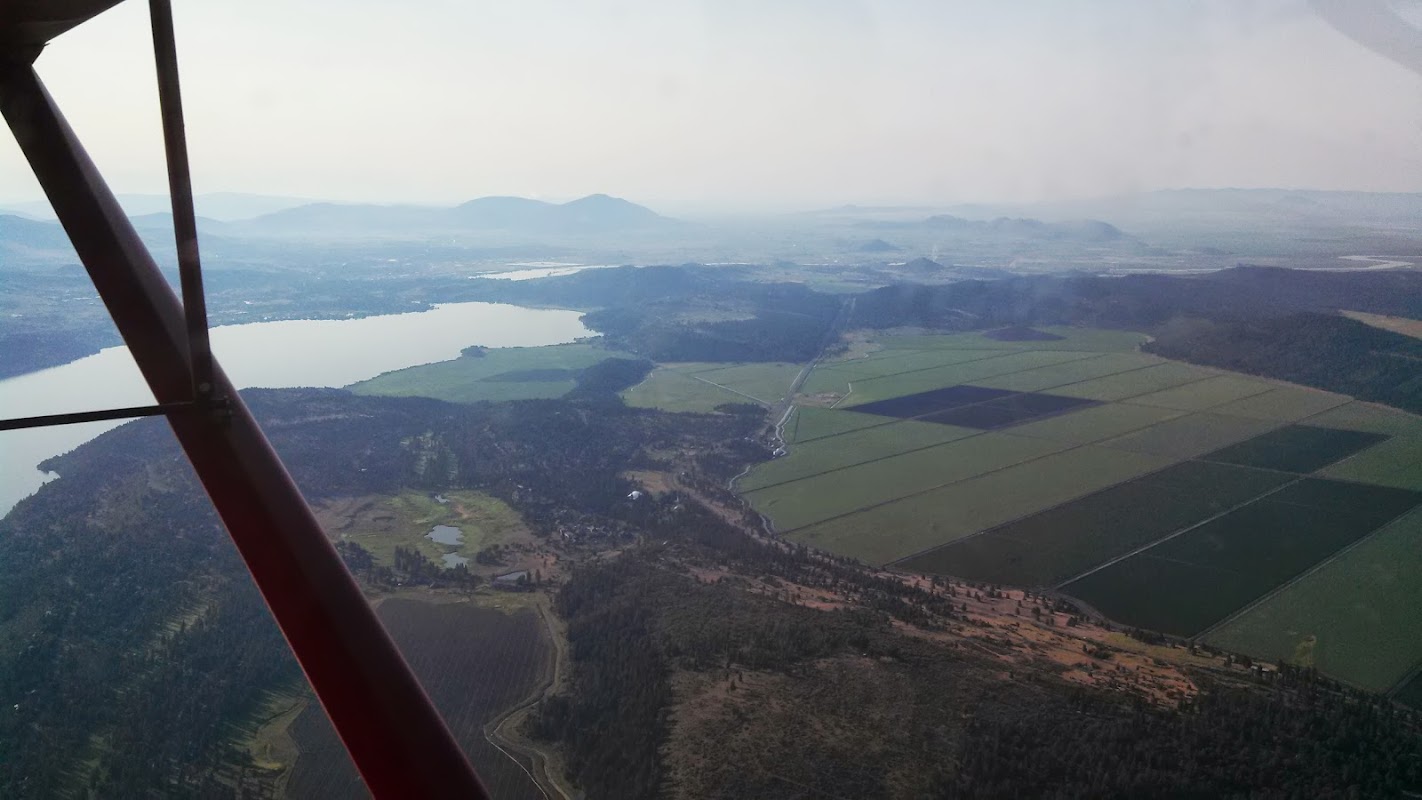 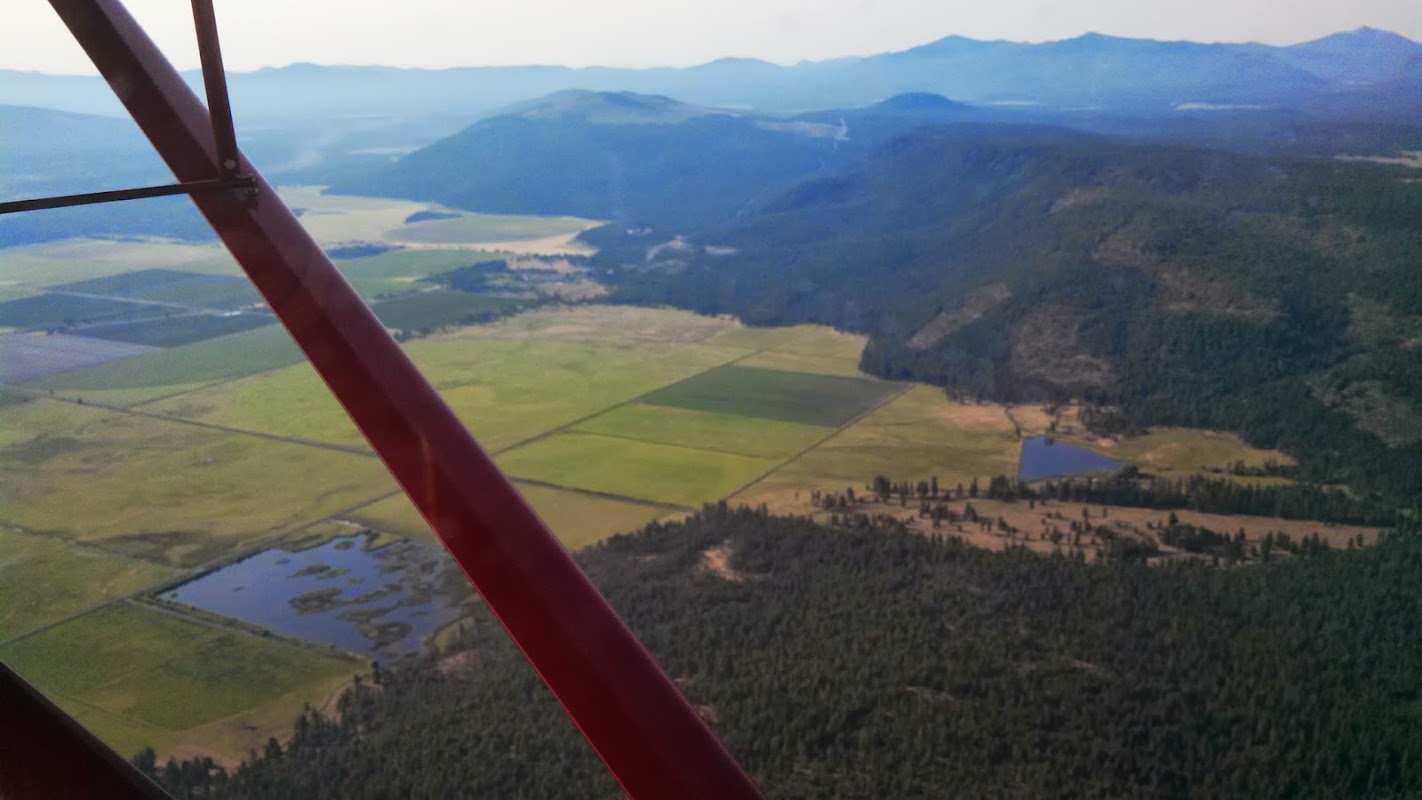 When Mt. Shasta came into view I knew I was almost home. 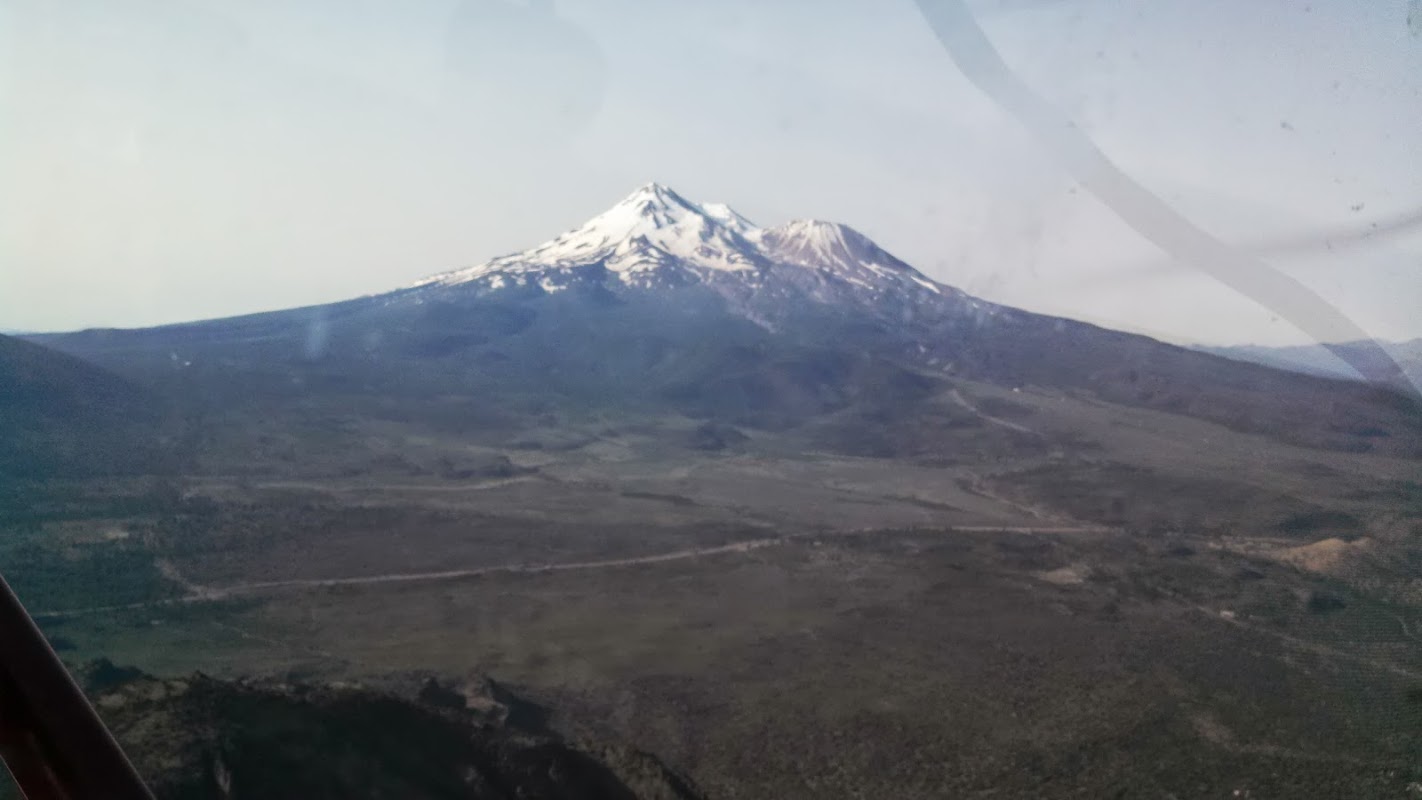 Along with Shastina, Mt. Shasta’s smaller neighbor.  Both are dormant volcanoes. 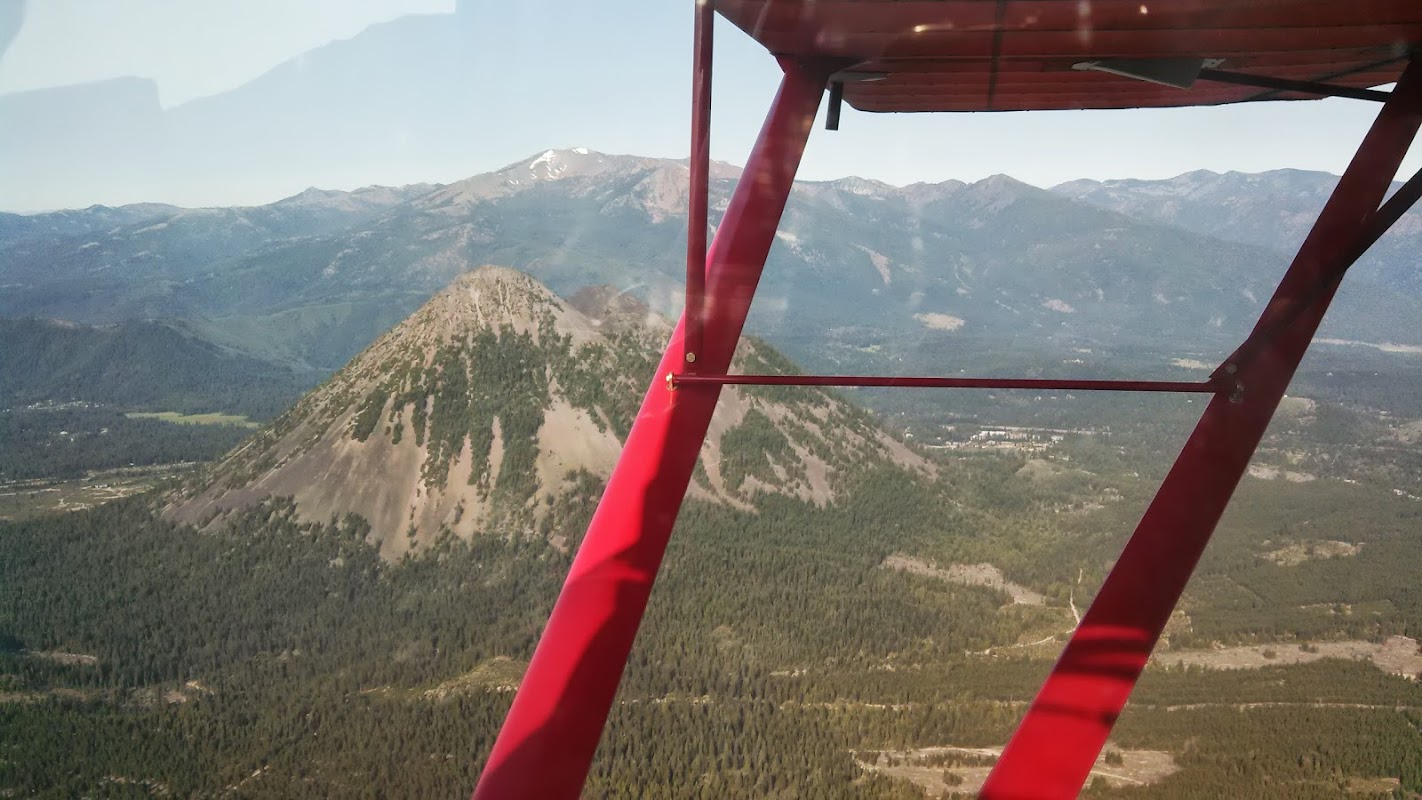 Once I passed Castle Crags, I could see my enroute fuel stop, Redding. 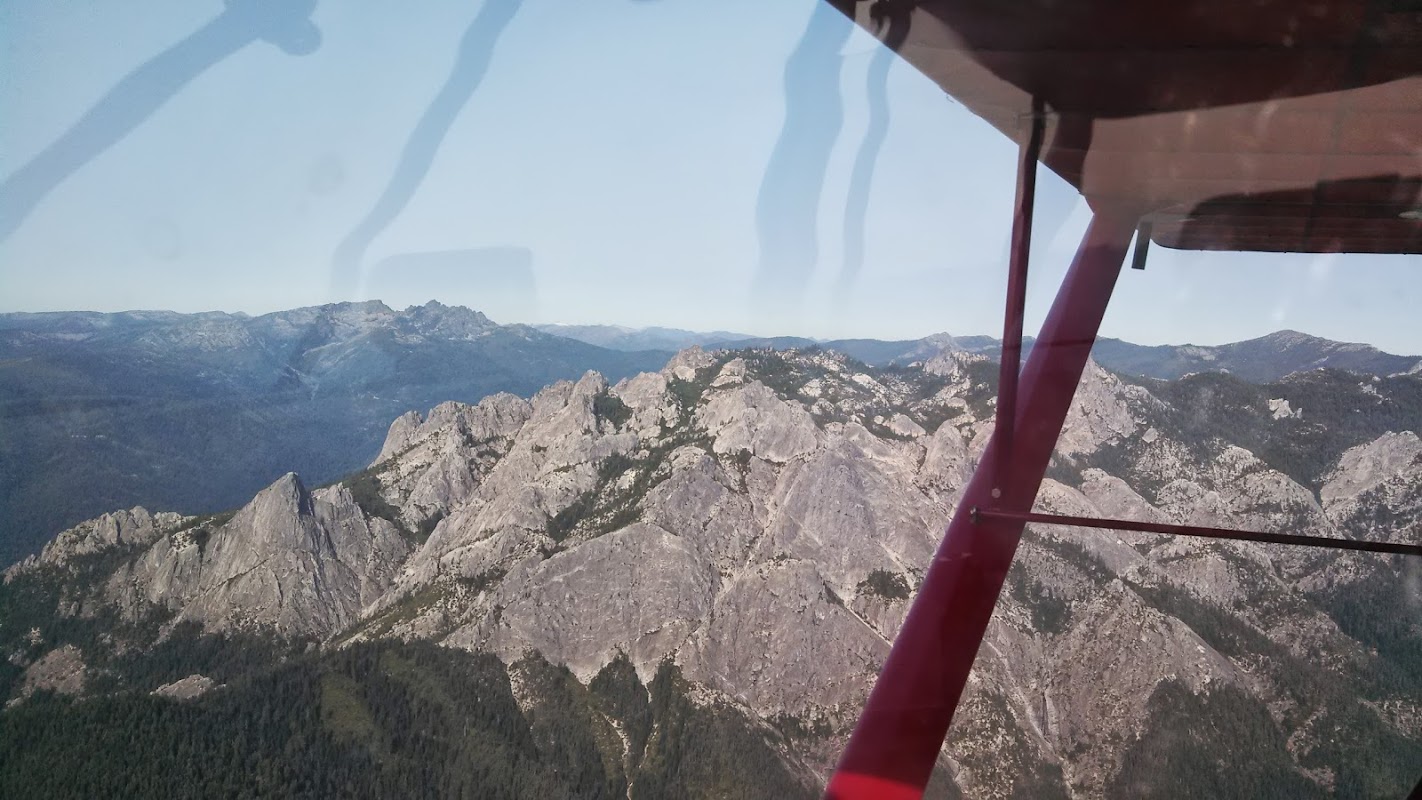 And there, just beyond Lake Shasta, lay my big valley… 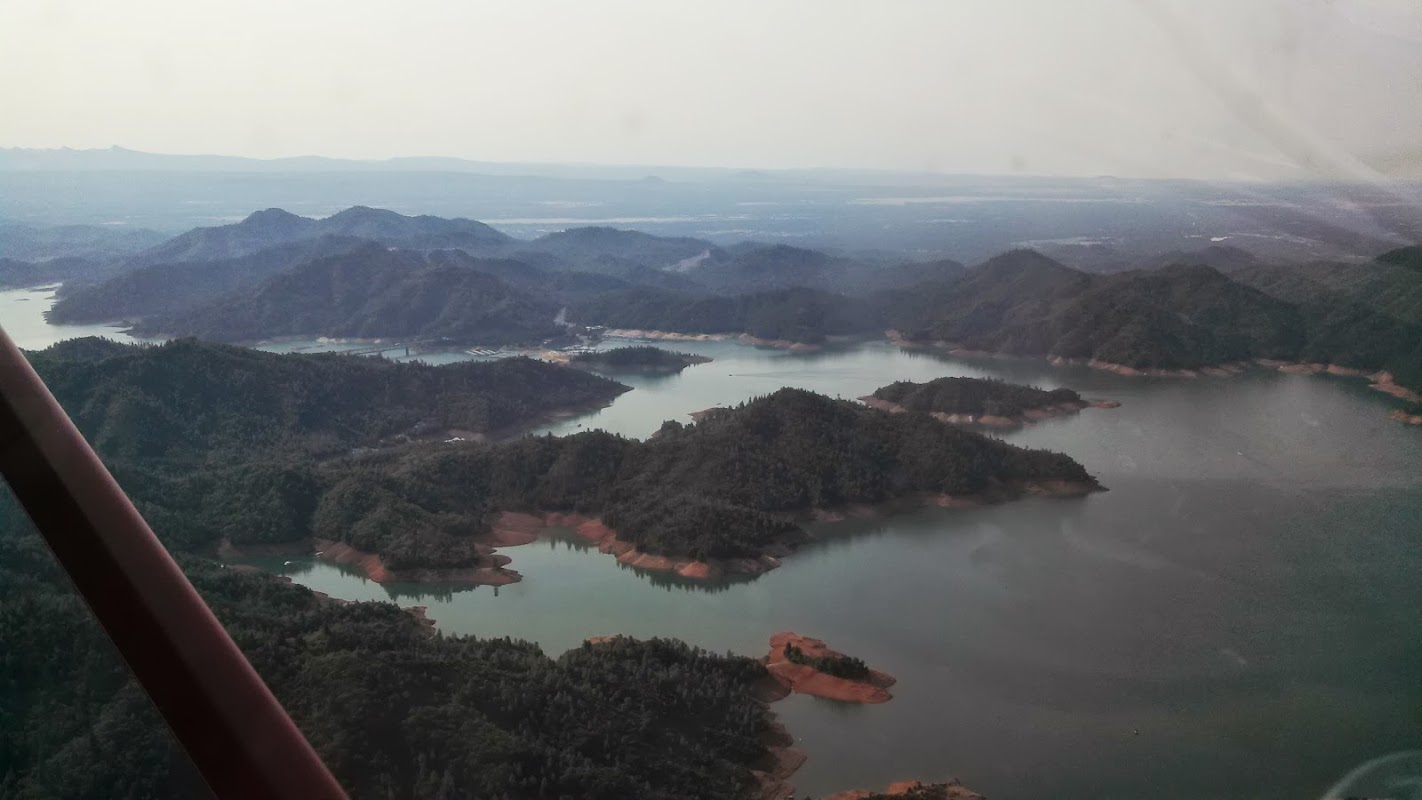 I topped my fuel tanks off quickly at Redding.  It was 9:00am and already getting pretty hot.  I was back in the air and southbound in 15 minutes.  I didn’t even need the GPS to get home from here.  Pretty easy. Just head southeast until you pass Sutter Buttes… 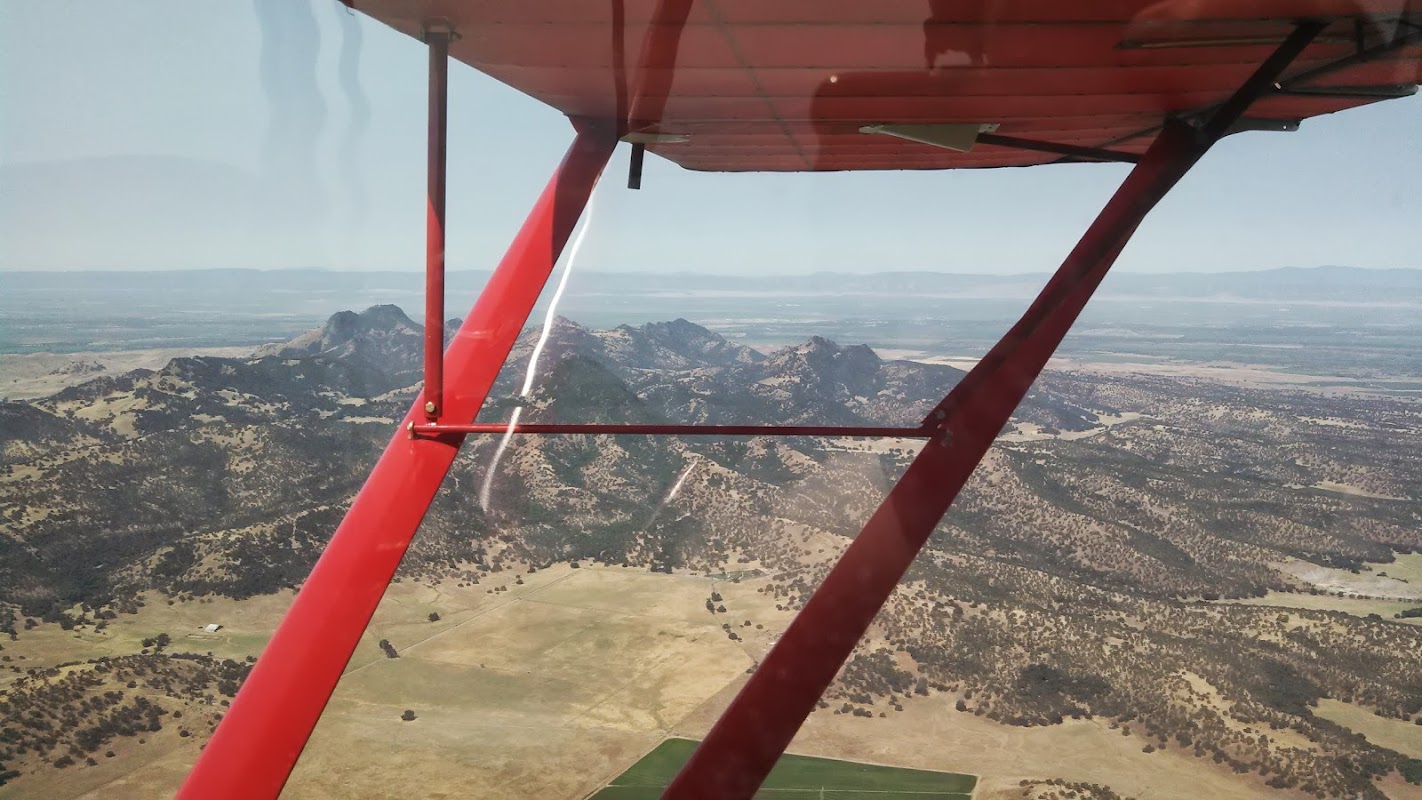 Keep heading south until you pass over Sacramento… 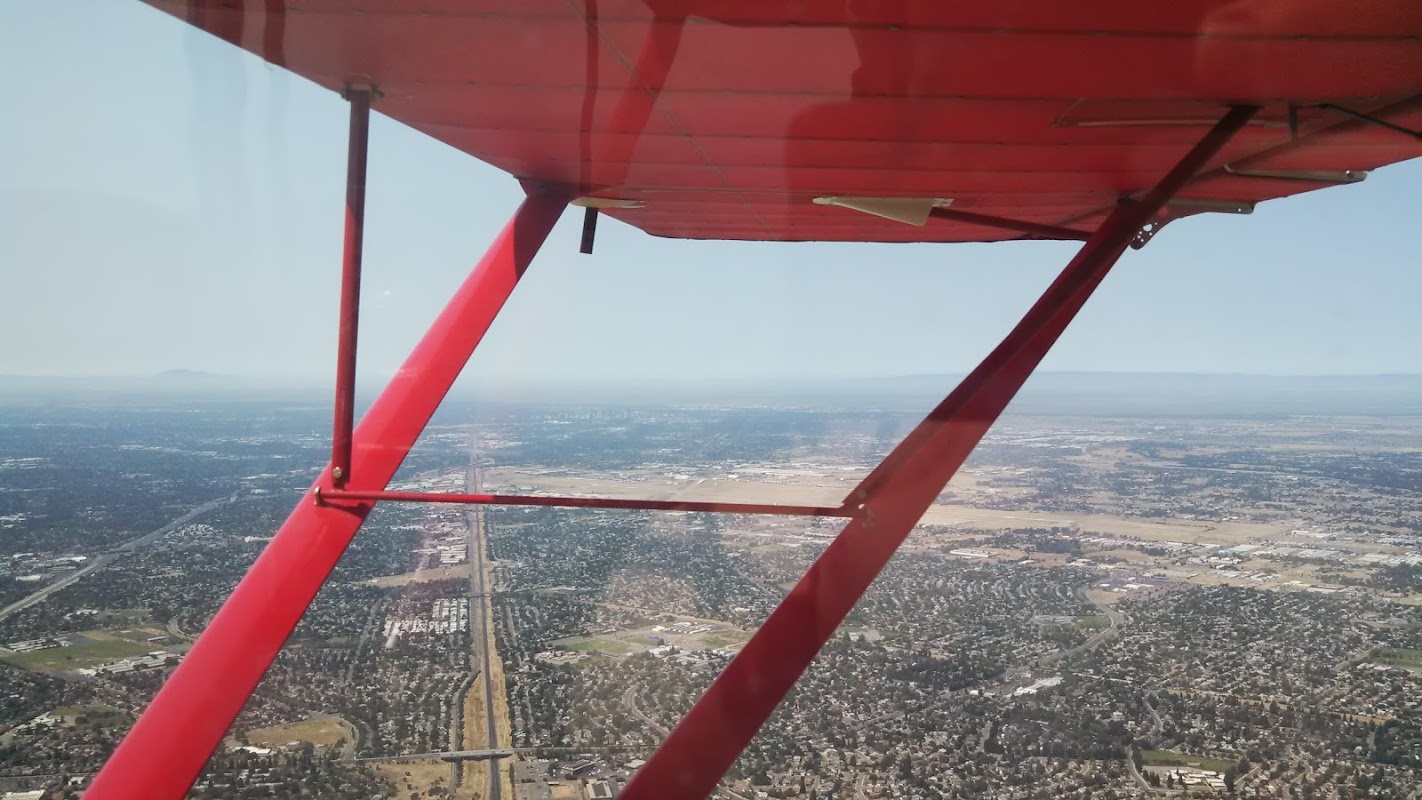 And then the old Rancho Seco nuclear power plant… 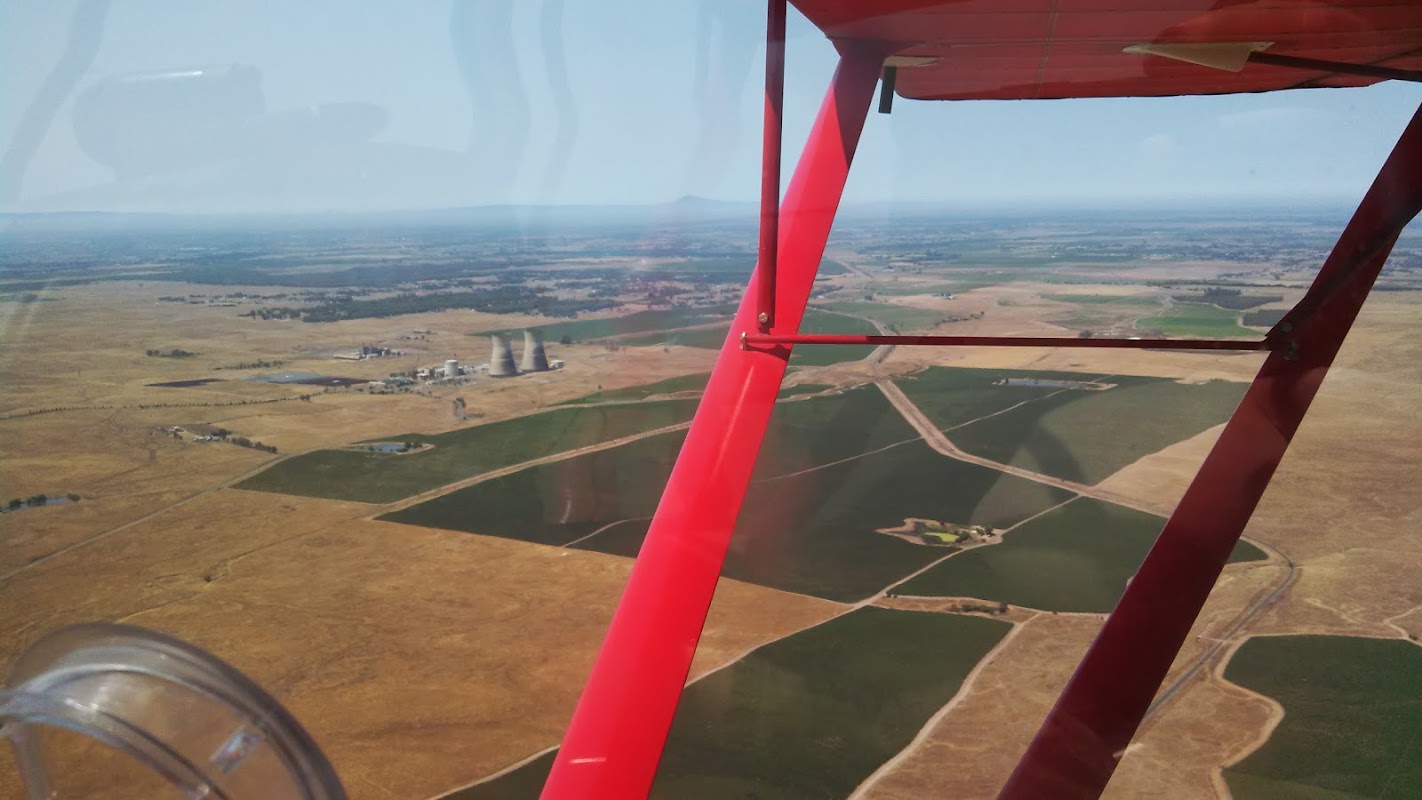 And 20 minutes later I was landing back at Oakdale!

This was definitely on of the funner long cross country trips I have been on with my plane.  I have flow to Oshkosh and Oklahoma but those were really long and tiring trips.  This was wasn’t that long and had GREAT people at every stop I made.  I logged about 14 hours, covered about 1500 miles of ground, and saw some of the most beautiful geography in the country.  It’s a trip I would recommend to anyone. But first I would recommend a good mountain check out, and brush up on your short and soft field procedures.